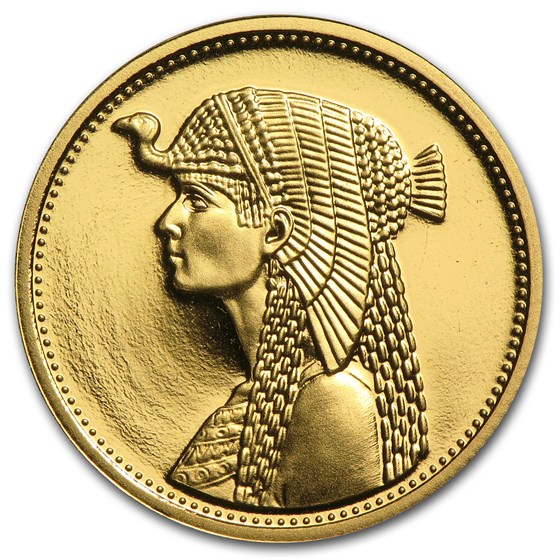 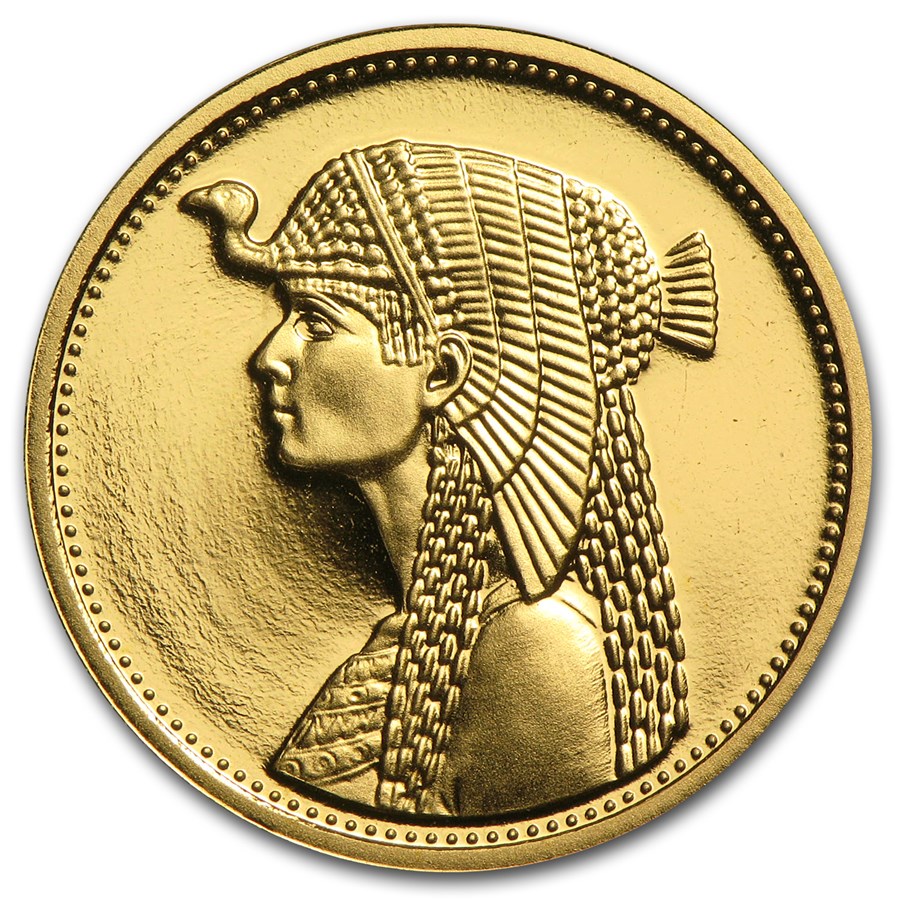 This Gold proof was part of a series issued by Egypt in 1993-1994 to pay tribute to the long history of this country; one of the oldest civilazations on Earth!
This issue commemorates Queen Cleopatra. Reigning from 51 to 30 BC, she is considered the last active Pharaoh of Ancient Egypt before it became a Roman province. Her beauty is the stuff of legend which has led to many stories being told of her life over the years, from plays by Shakespeare to Hollywood movies.
Egypt issued this 50 pound coin in 1993 with the image of the queen in her royal headdress on the reverse. Egyptian symbols with the dates (1993-AH1414) are on the obverse. These limited issue proofs are not often available for sale so get this one while it lasts! The Gold content of this coin is .2459 of an ounce. KM#756.