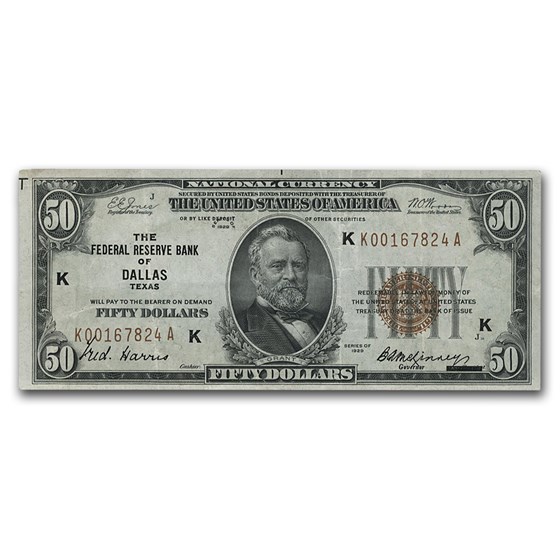 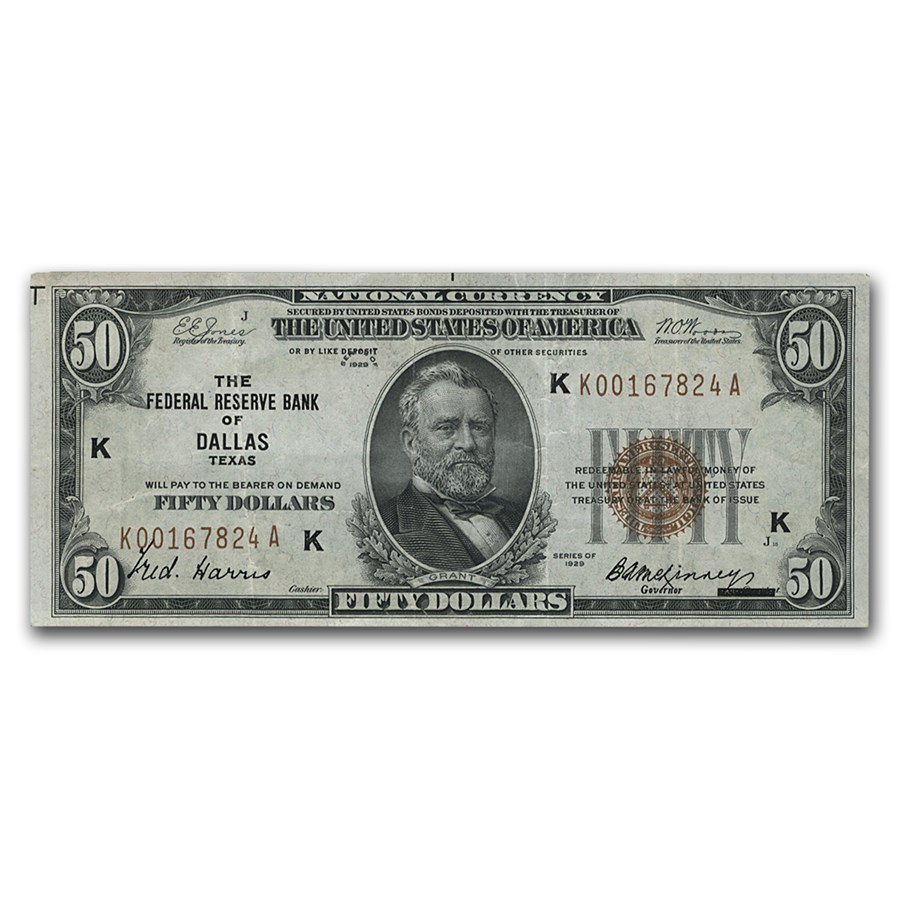 Currency Highlights:
Only 168,000 of these $50 notes were printed for Dallas, and they are tough to find in all grades. Add this great collector’s item to your cart today!