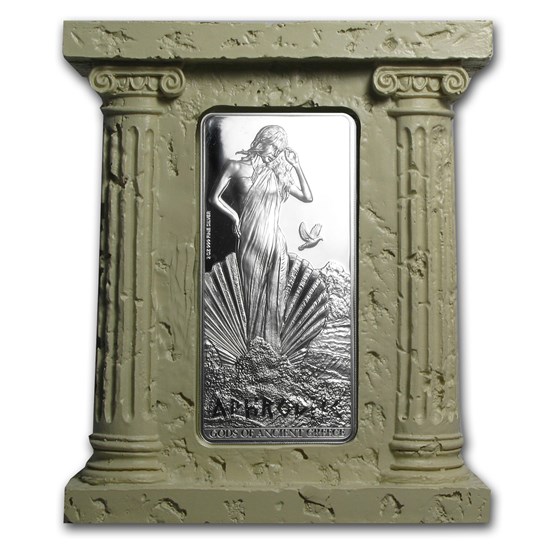 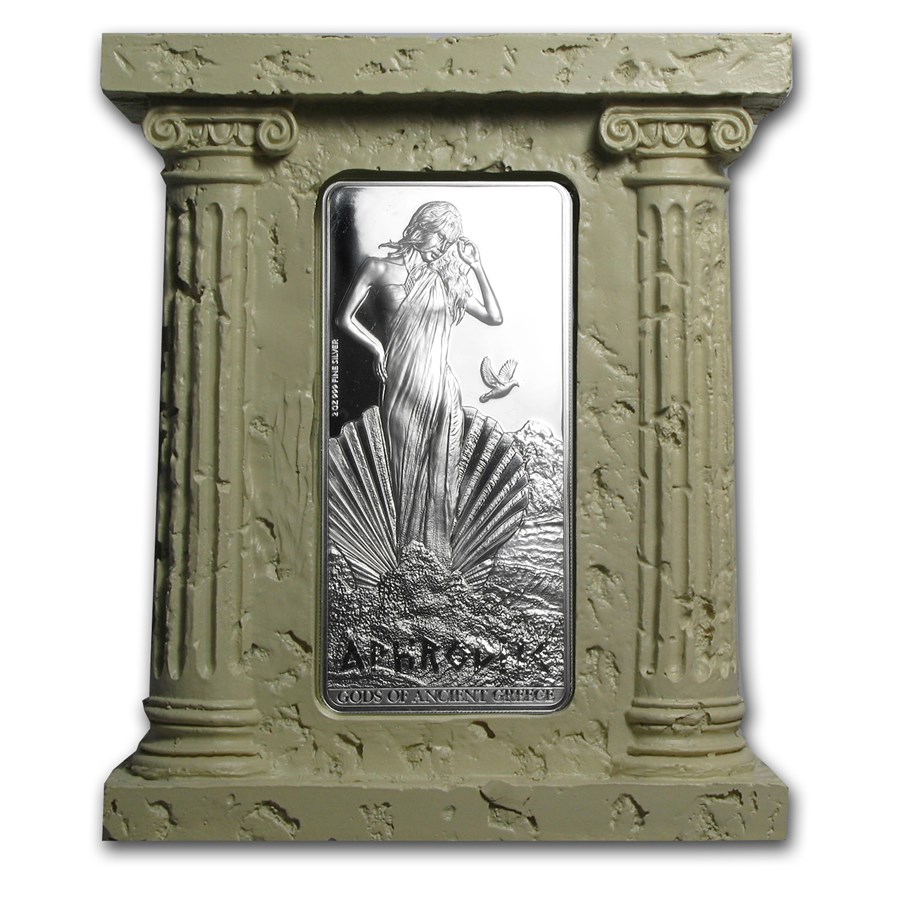 Your purchase is guaranteed to match the quality of the product shown. It will not be this exact item.
Product Details
Product Details
The second release of the sold-out Gods of Ancient Greece series by the New Zealand Mint features the beautiful Aphrodite, Goddess of love, beauty and pleasure in a high relief, proof finish!

Coin Highlights:
A Goddess of love, beauty, and pleasure, the Aphrodite coin is a classic to have in your collection. Add the 2013 2 oz Silver Aphrodite Gods of Ancient Greece Proof coin to your cart today!

The design for this 2 oz rectangular Silver coin has been inspired by ancient sculpture, coins and architecture of the classical Ancient Greece. Aphrodite was the Ancient Greek Goddess of love, beauty, pleasure, and procreation. Born near Paphos, on the island of Cyprus, Ancient Greek mythology tells the story that Aphrodite’s birth was the consequence of an argument between the Gods. Because of her beauty, other Gods feared jealousy would interrupt the peace among them and lead to war, so Zeus married her to the God Hephaestus, who was not viewed as a threat. However, Aphrodite had many lovers, both Gods and men.