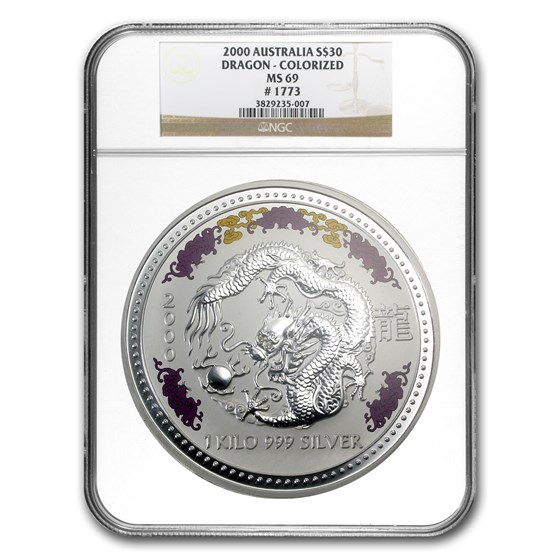 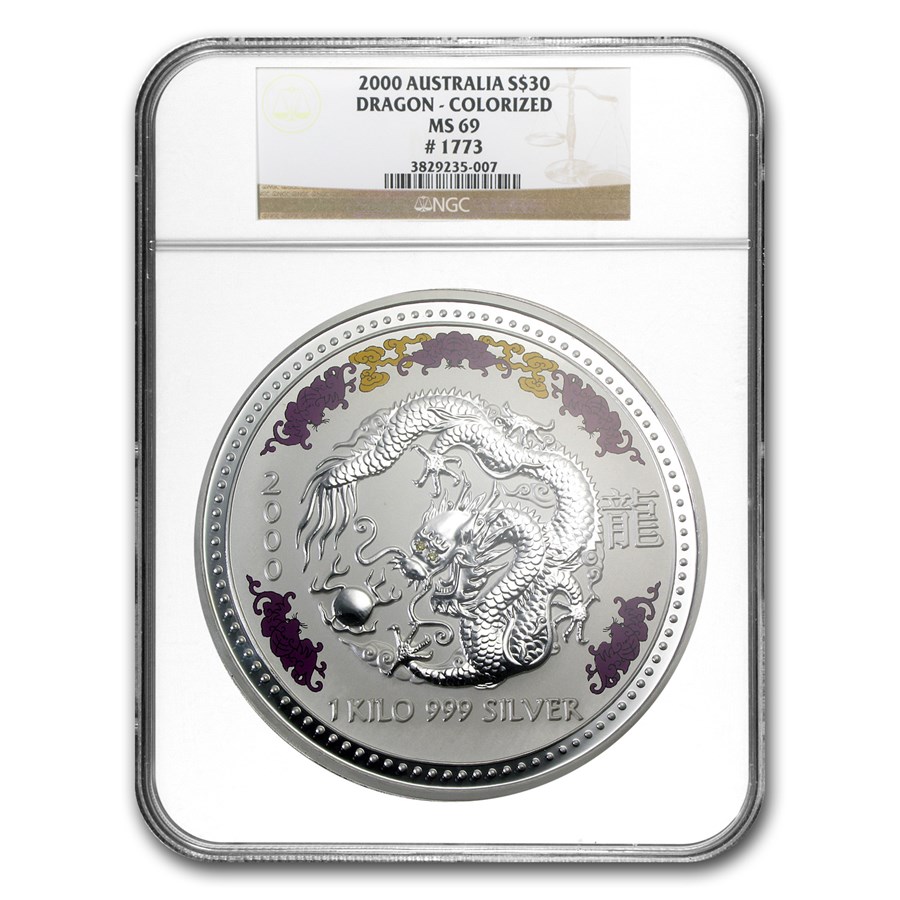 Product Details
Product Details
The 2000 Silver Lunar Year of the Dragon features a traditional Chinese dragon, a long, scaled, serpentine creature with four legs, and a ‘pearl of wisdom’ and the Chinese character for ‘dragon’.

Designed by Tony Dean and graded a Near Perfect MS-69 by NGC, this second release of the Series I 12-Coin series features a colored border and the Dragon has .02 carat golden colored diamonds for eyes. The Ian Rank-Broadley effigy of Her Majesty Queen Elizabeth II and the monetary denomination are shown on the obverse.
In the Chinese Lunar Calendar, 2000 is the Year of the Dragon. The dragon is known for its strength, beauty, and noble nature. These traits are flawlessly portrayed in the Perth Mint's 2000 Year of the Dragon coin. Not only is the dragon the only mythical creature in the Chinese zodiac, it is also one of the most popular.