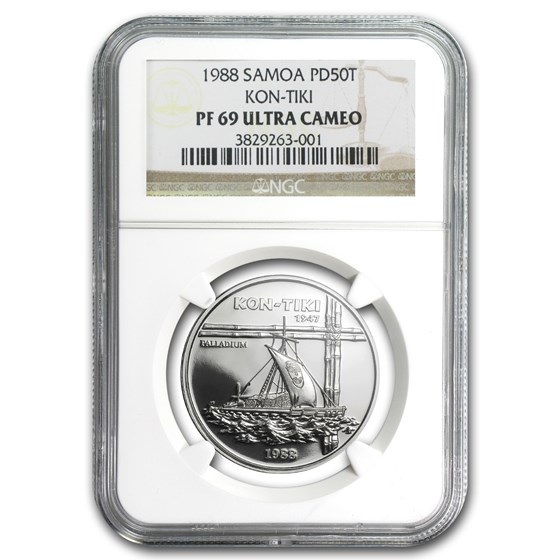 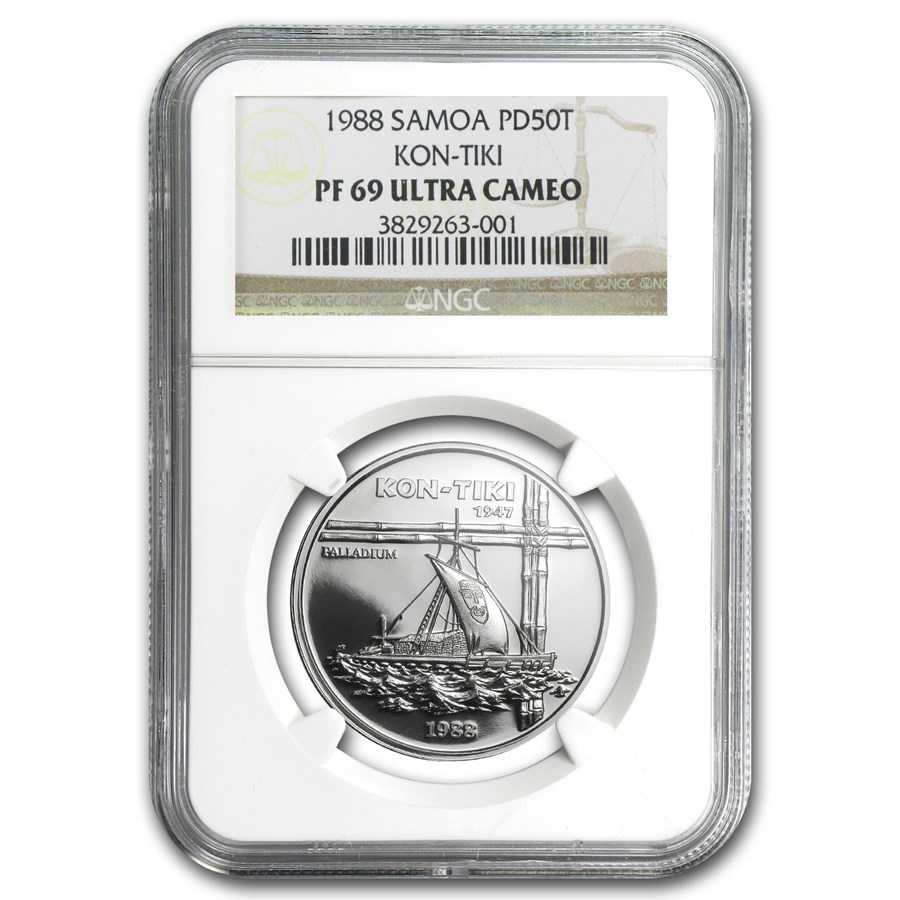 Your purchase is guaranteed to match the quality of the product shown. It will not be this exact item.
Product Details
Product Details
This beautiful 50 Tala Palladium coin is produced by the Singapore Mint and issued as legal tender by Samoa, formerly known as Western Samoa.

Coin Highlights:
Protect and display your Palladium coin by adding a protective capsule to your order.

This Palladium coin honors the expedition by Norwegian explorer Thor Heyerdahl to conduct research on his theory that Polynesian islands could be reached by pre-European mariners from South America.