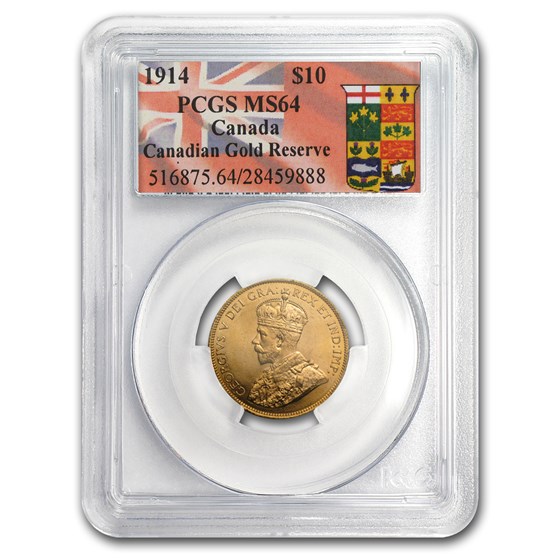 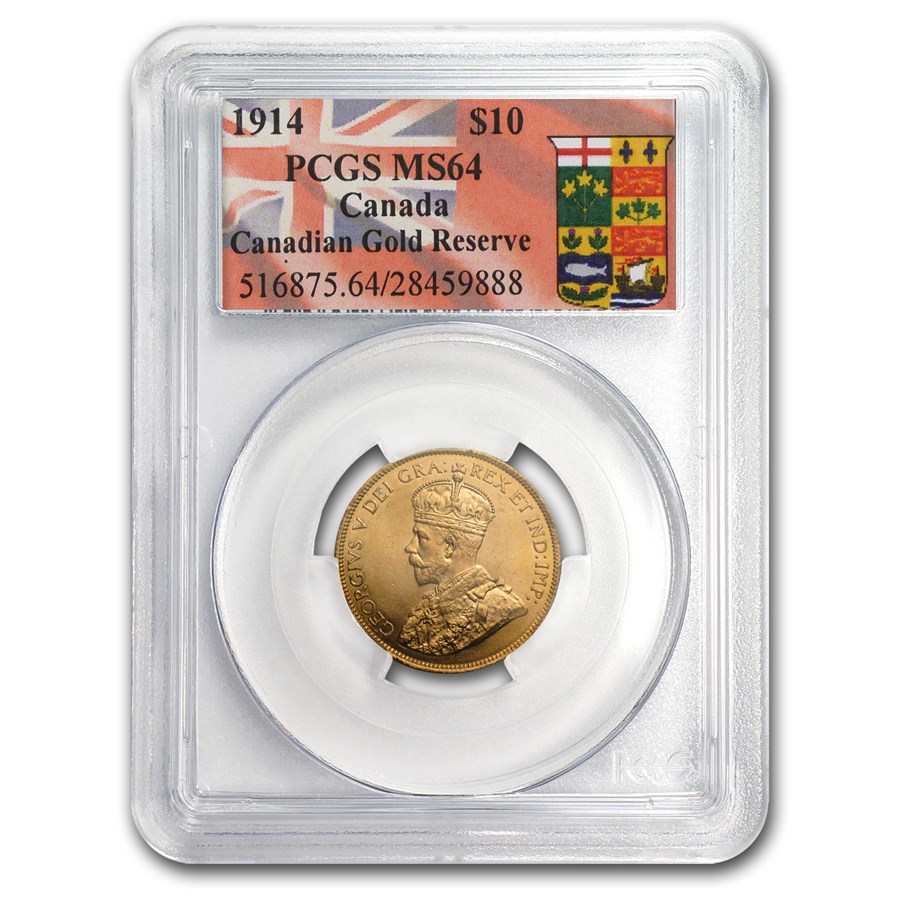 $2,090.19
As Low As
Product Details
Product Details
These coins had not been seen since the outbreak of the First World War. Made from .900 Canadian Gold, much of it from the Klondike region (1912) and Ontario (1913-14). Now you can own a piece of history graded Mint State-64 by PCGS.

Coin Highlights:
Protect and display your $10 Canadian Gold coin in style by adding an attractive display or gift box to your order.

In one of the most exciting and significant developments in Canadian numismatics, the RCM recently began selling 30,000 early 20th century Gold coins that had been in Bank of Canada storage vaults for decades. The 30,000 coins are from a hoard of 300,000 $5 and $10 denomination coins dated 1912, 1913 and 1914, the first years of Canadian government Gold coinage. The remaining 270,000 Gold pieces in the hoard have been melted.

When Canada sold these coins from their gold reserve I knew I had to put them in my collection. I went for the 1914 in MS64 & received a coin that was even a bit better than the nice coin pictured on the site. I like that the PCGS holder ties the coin to the Canadian gold reserve. Any time I can have a coin with near 1/2 oz of gold & its over 100 years old I'm glad to add it to my gold stash. The low number graded at PCGS & NGC is a nice bonus. There won't be anymore of these being made like the modern bullion coins. I also bought the 1913 coin in MS 63.