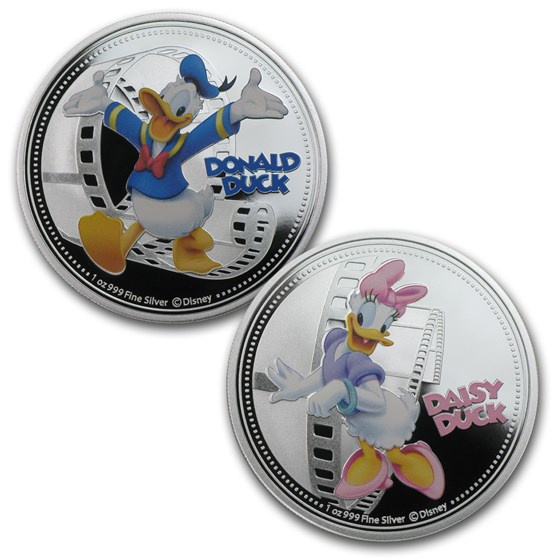 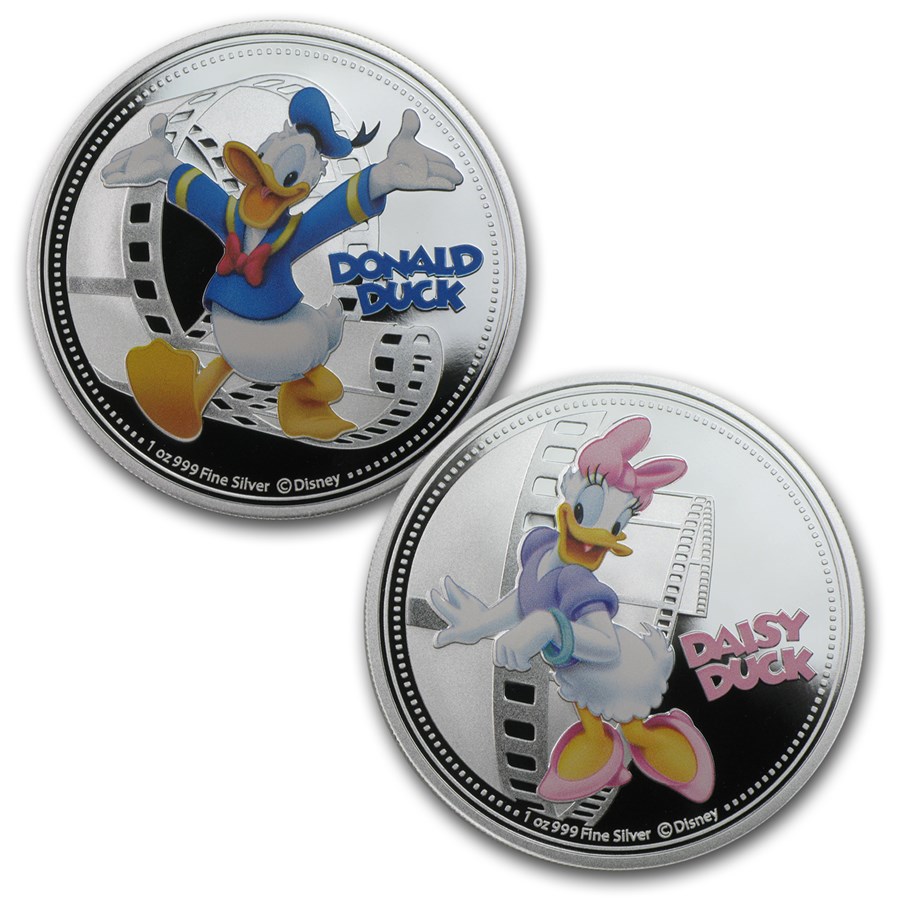 Your purchase will match the quality of the product shown.
Product Details
Product Details
From the New Zealand Mint as a part of their Disney Coins series, this is a must-have for any Disney collector.

The set of two .999 Fine Silver Colorized coins features a modern image of iconic Disney characters Donald and Daisy Duck. Each coin has a Limited Mintage of 10,000 globally. This is part of the third release of coins in a two year Disney series that the New Zealand Mint is producing featuring the most popular Disney personalities. Previous in the series was the Donald Duck 80th anniversary Coin.

The Coins:
The obverse of each features the Ian Rank-Broadley effigy of Her Majesty Queen Elizabeth II, with her name and the legal tender value of Niue TWO DOLLARS along the edge. The reverse of each presents a highly detailed colorized image of one iconic cartoon character set against a releif engraved background, both characters legendary in the film industry.
Each coin is individually presented in a Perspex case allowing 360 degree presentation. The coin case is surrounded by film-themed outer packaging illustrating the history of each character.

The Stories:
Donald Fauntleroy Duck is the most prolific of all the Disney characters in terms of his number of appearances, total screen time, and comic book career. An anthropomorphic white duck, Donald wears a sailor suit with a bow tie, and is known for his short temper. In 2004, Donald was recognized with a star on the Hollywood Walk of Fame.
Daisy Duck, like Donald Duck, Daisy is an anthropomorphic white duck; however, she is more feminine with long eyelashes and ruffled tail feathers. She is often seen wearing a blouse with puffed short sleeves, a matching hair bow, and heeled shoes. She also shows a strong affinity towards Donald Duck and is very devoted to him.