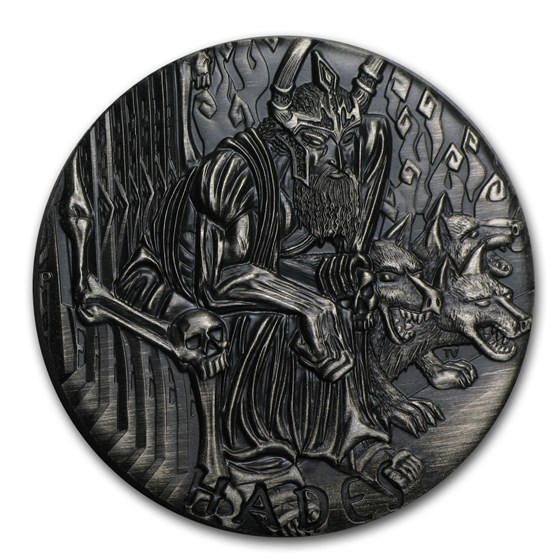 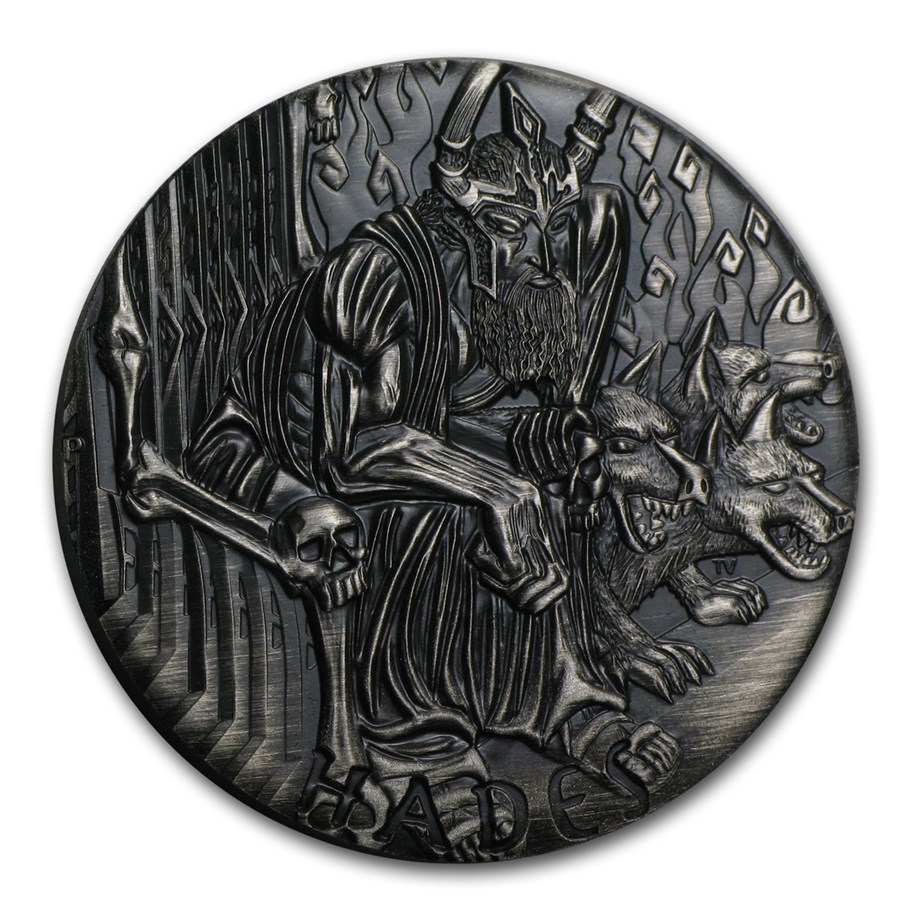 Product Details
Product Details
This unique Silver coin, the third in the Perth Mint's new Gods of Olympus series, features a beautifully detailed image of a Hades, the almighty god of the underworld.

In ancient Greek mythology, Hades was worshipped as the God of the Underworld and the ruler of the dead. In addition to the underworld, he ruled over any and all things beneath the Earth, and for this reason he was also known as the God of Wealth as he presided over all the Precious Metals that existed underground.

Add this beautiful coin to your cart today!

Historically, Hades was often depicted sitting on his ebony throne with Cerberus, the three-headed watchdog by his side. He was also known to wear a helmet of invisibility given to him by the Cyclops to help in the battle against the Titans.