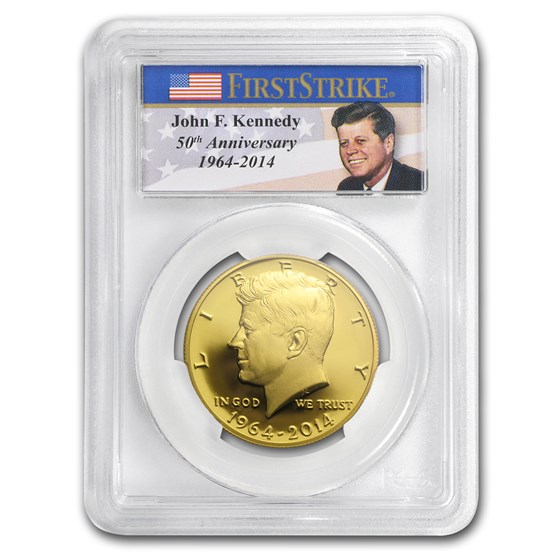 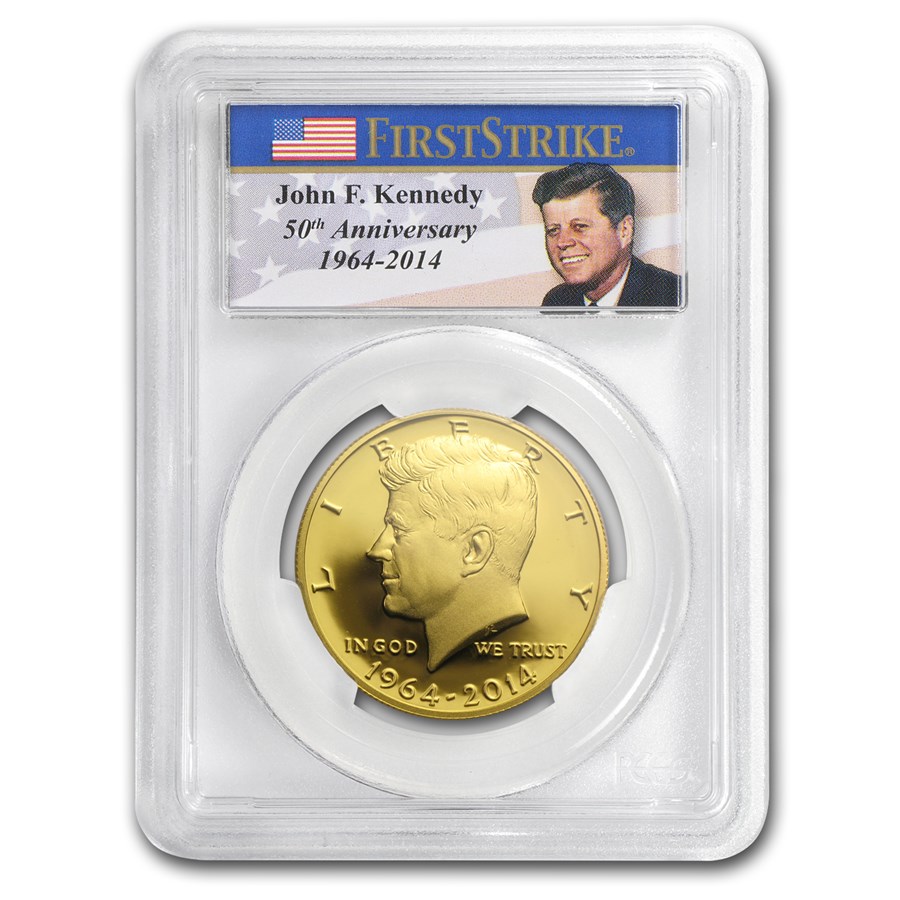 Product Details
Product Details
John F. Kennedy's life and legacy are commemorated by the U.S. Mint with this 50 year anniversary issue of a 3/4 oz Gold coin!

I don't usually buy semi-numismatic coins (generally keep to sovereign coin or assay bar bullion) - but, given the popularity of this issue, it seemed worth paying a bit more than usual. Great to get PCGS-70 and it certainly is a nice looking coin. Something to display or store away for awhile. Some very slight scratches on the slab.

Beautiful coin at a great price