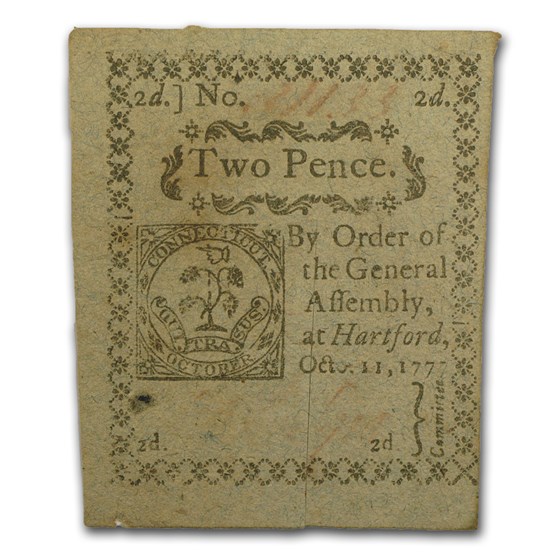 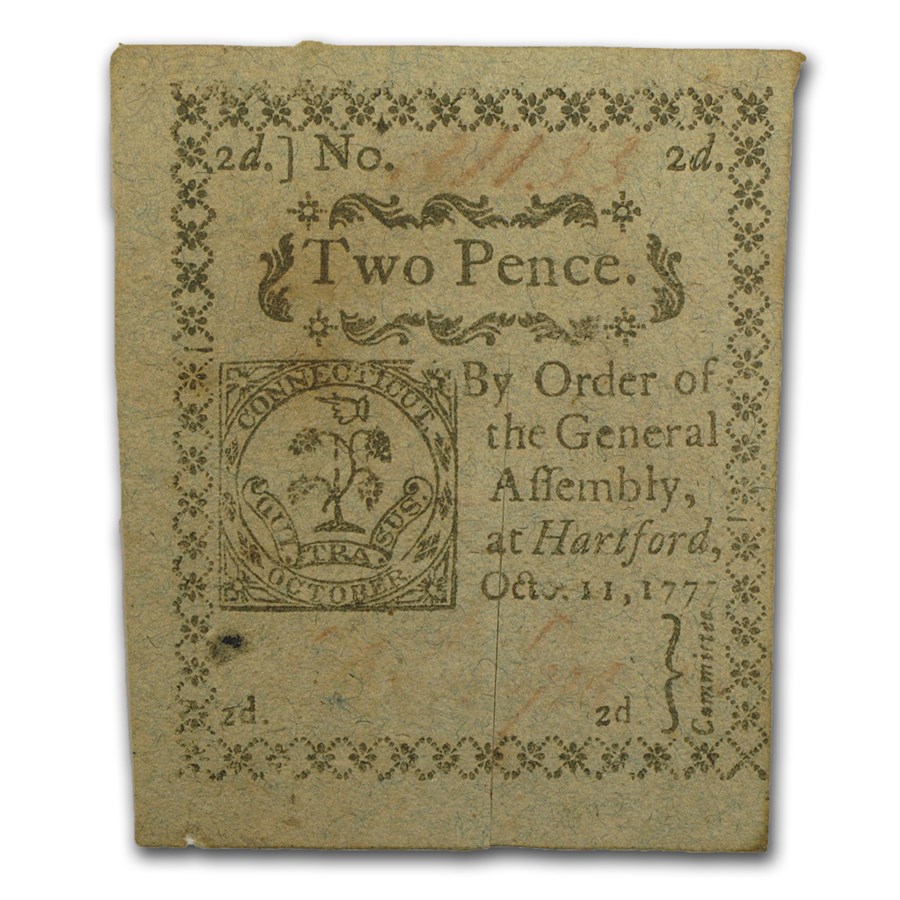 Currency Highlights:
Protect your continental currency by adding a protective currency holder to your order.

This note has been well preserved for a 200-plus-year-old piece of currency. Add this piece of history to you cart today!

This is a nice Connecticut note and one of the last issues to be denominated in British coinage as we declared our independence from Britain the previous year. This note has a nice signature, and is in Uncirculated condition. Paper currency issued in colonial times is quite scarce in this grade.