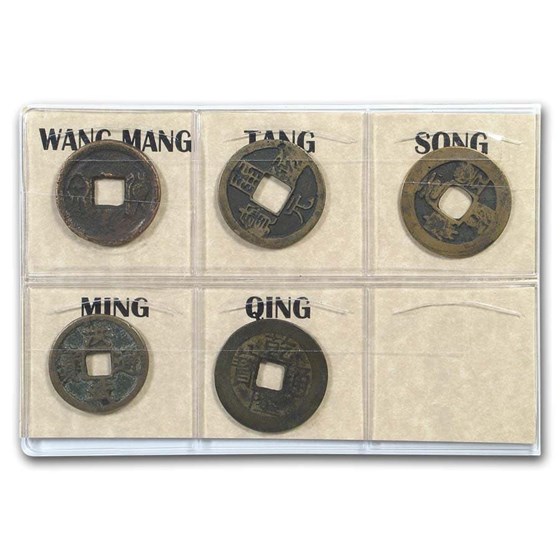 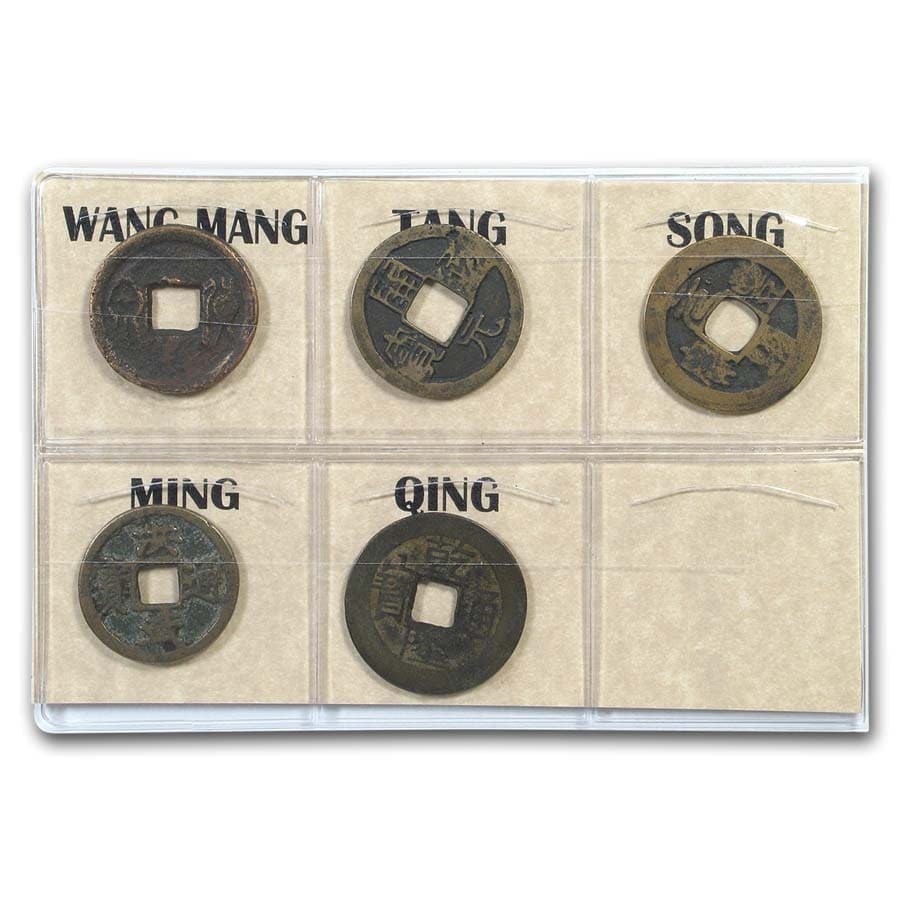 Coin Highlights:
Minting of the Chinese cash coins took place for more than two thousand years by many of the rulers who have shaped the history of one of the world’s great civilizations. The cash coins all have easily identifiable legends, and are prepared from the base metals of copper and iron.

From the mint names, first used regularly by the T’ang Emperors, we can trace the expansion of China. The size changes of the coins mark the periods when inflation affected the country. Unlike many ancient coins that were struck with dies to form the coin, Chinese cash coins were laboriously hand made by casting, or molding from molten bronze. Several coins were cast simultaneously in a form that resembles a flattened tree. When the molten bronze was poured into the mold it flowed down a central shaft and out along several “branches” to fill the coin-shaped voids of the mold, thus creating the finished tree. After cooling the molds were opened and the coins were cut off of their “sprues”, and then were filed smooth to erase the cut area. Chinese cash coins featuring a square hole were first minted circa 221 BC by Emperor Qin Shi Huang during the Qin Dynasty.

Bought these as a Christmas present for my granddaughter! Pleased with the quality and presentation!