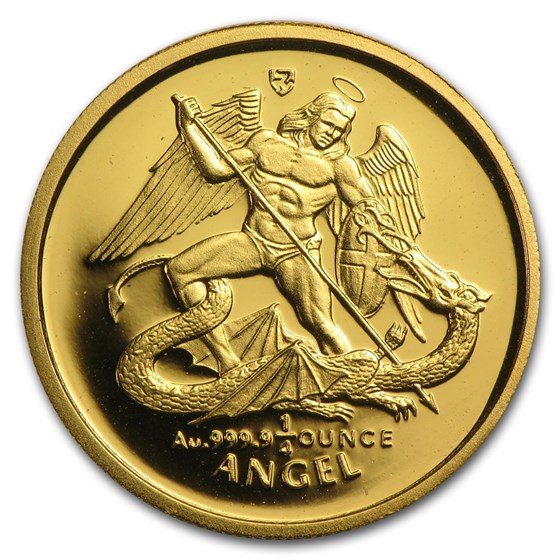 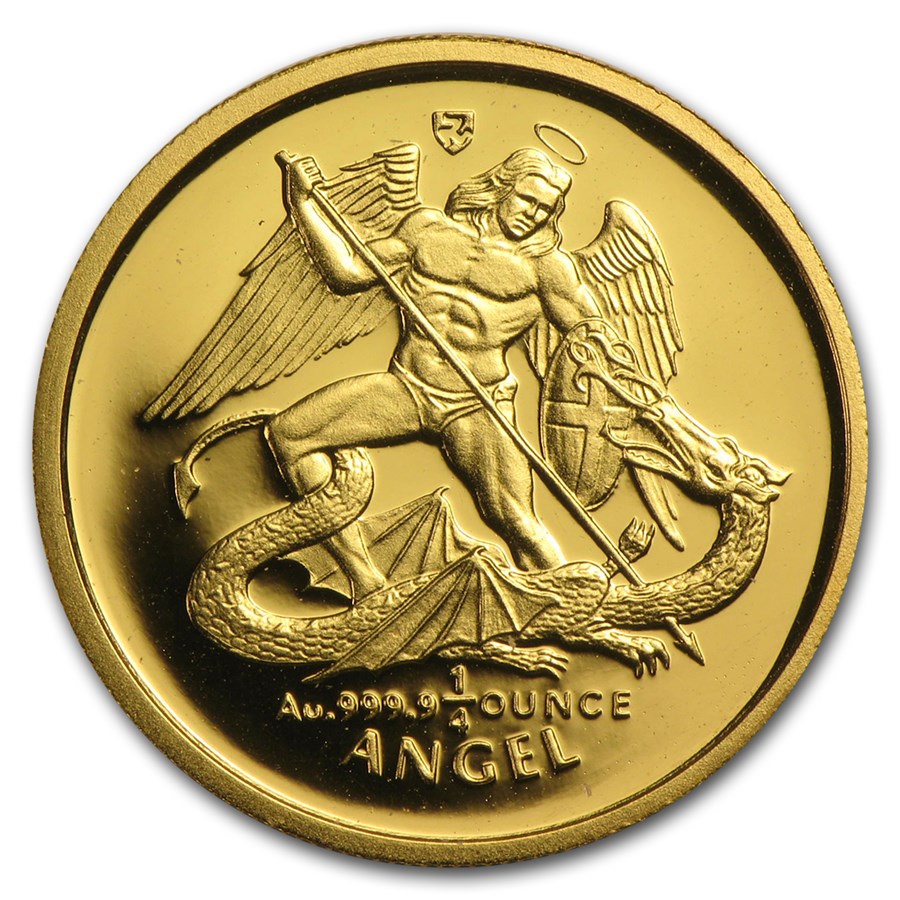 $1,877.59
As Low As
Product Details
Product Details
Issued to commemorate the 10th anniversary of the Gold Angel's first minting, this Proof Gold Angel portrays a more stylized image of the Archangel, with a toned and muscular torso, spearing the dragon.

Coin Highlights:
Protect and display your coin in style by adding an attractive display box to your order.

This gorgeous Proof Gold Angel would make a fantastic addition to any collection. Add this item to your cart today!

1984 saw the release of the very first Gold Angel coin, which depicted a classical image of Saint Michael with heavily feathered wings astride the fiery dragon. A Celtic band appeared, broken at the top of the coin with an image of the Isle of Man Triskeles.

For the 10th anniversary, the second design was released portraying a more stylized image of the Archangel, with a toned and muscular torso, spearing the dragon. The Celtic band was also removed to create a more modern design.