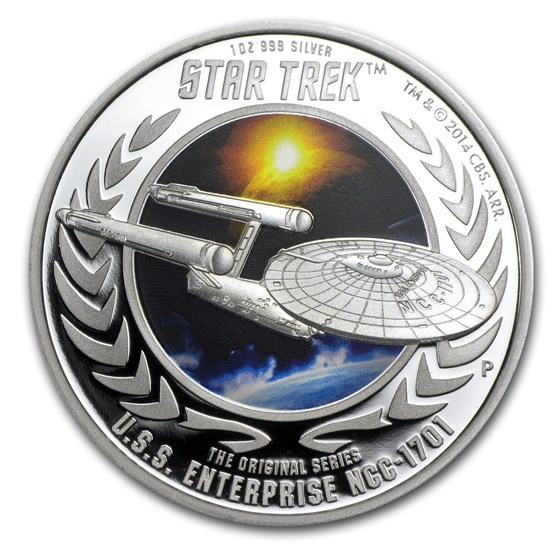 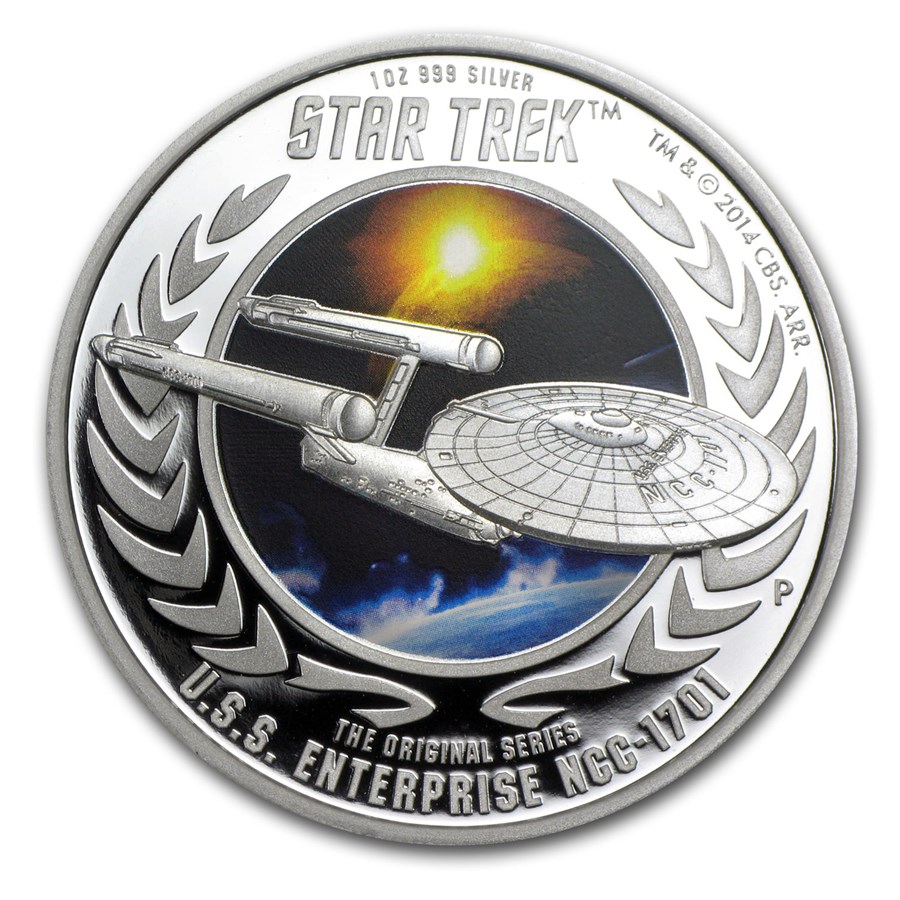 Product Highlights: This 1 oz Silver coin is ideal for any Star Trek fan with a beautiful colorized depiction of the Starship Enterprise. Add this highly collectible 1 oz Silver coin to your cart today!

Since its debut, Star Trek has developed into a cult phenomenon with a range of spinoff television series and a number of feature films released over the past five decades.
Related Searches