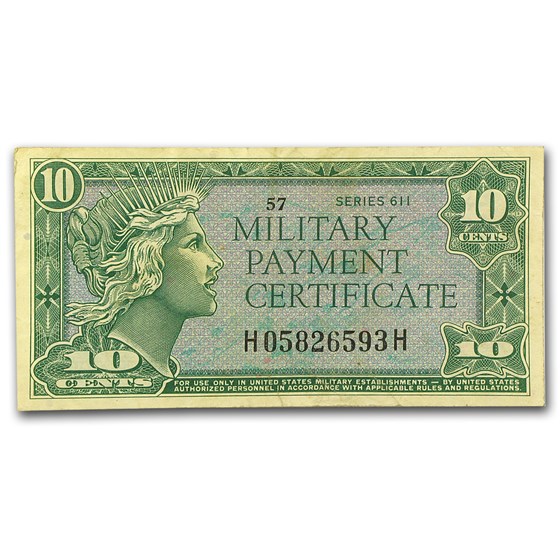 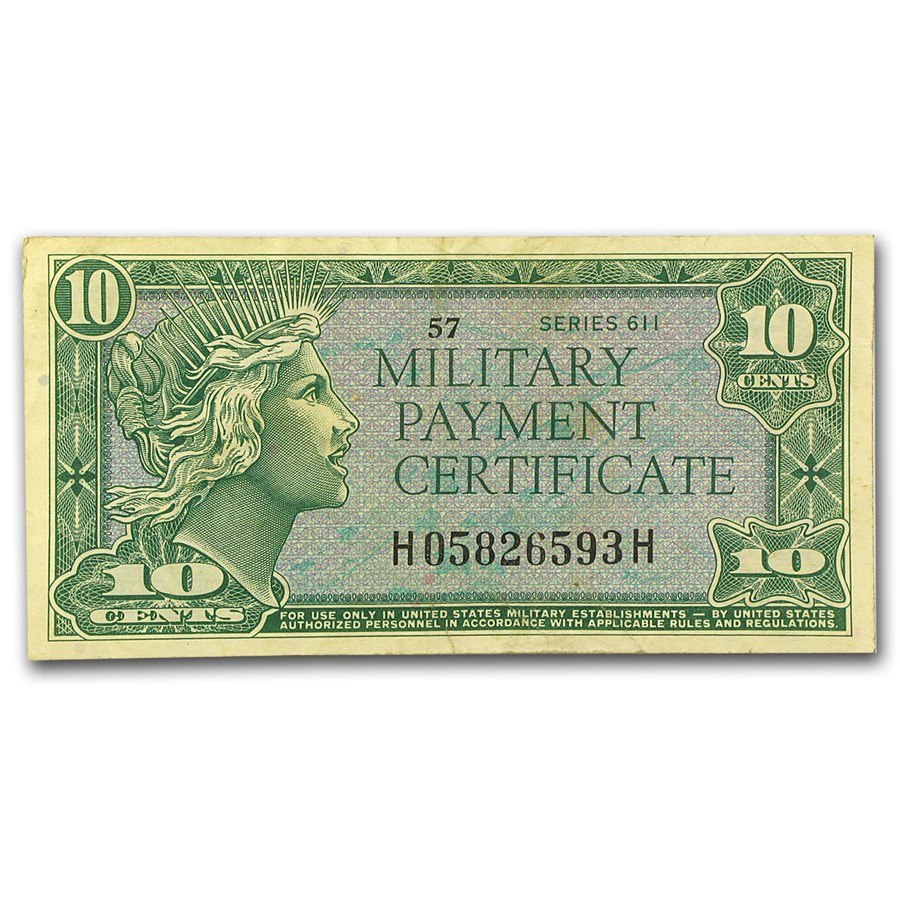 
Currency Highlights:
Handle your currency with care by adding these cotton gloves to your order.

Ordered on October 4th, 1961 these certificates were used in Cyprus, Japan, Korean, and Libya from January 6th, 1964 until they were withdrawn on April 28th, 1969, the Series 611 Military Payment Certificates were printed by the Bureau of Engraving and Printing in Washington, D.C.