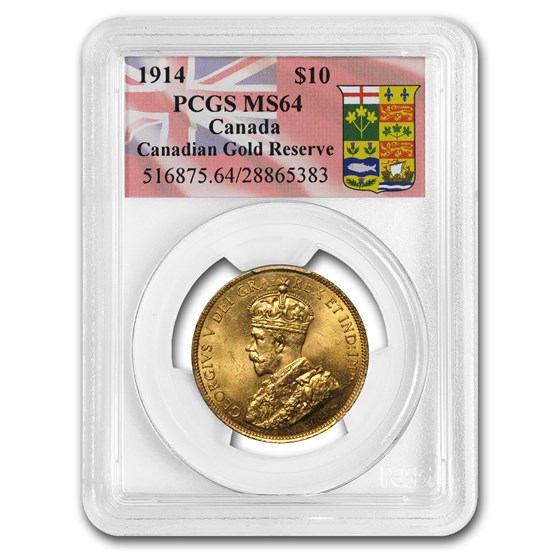 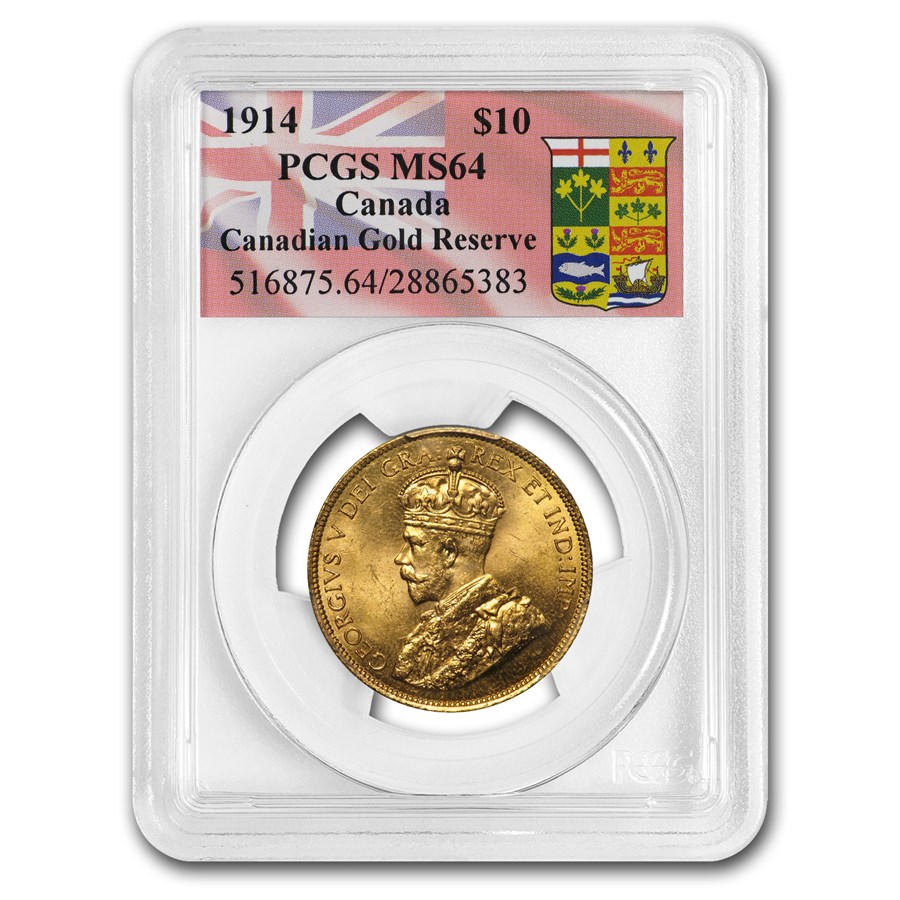 Product Details
Product Details
Own a piece of history graded MS-64 by PCGS. The RCM recently began selling 30,000 early 20th century Gold coins that had been in Bank of Canada storage vaults for decades.

Coin Highlights:
Showcase your certified Canadian $10 Gold coin by adding a presentation box to your order.

Add this Canadian $10 Gold coin graded MS-64 by PCGS to your cart today!

Made of 90% Canadian Gold, much of it from the Klondike region (1912) and Ontario (1913-1914), and 10% copper. The obverse bore the effigy of the newly crowned Sovereign King George V. The reverse side of these first Canadian Gold coins features the inscription "CANADA" above a shield bearing the Arms of the Dominion of Canada in a wreath of maple leaves, beneath which appeared their year of issue and face value.

The "Canadian Gold Reserve" designation labels feature the Red Ensign, the flag of Canada at the time the coins were struck, and the shield depicted on the flag is part of the design on the Gold coins in the hoard.