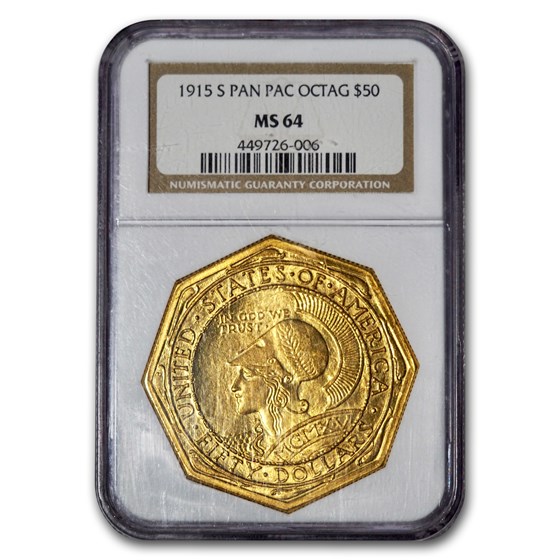 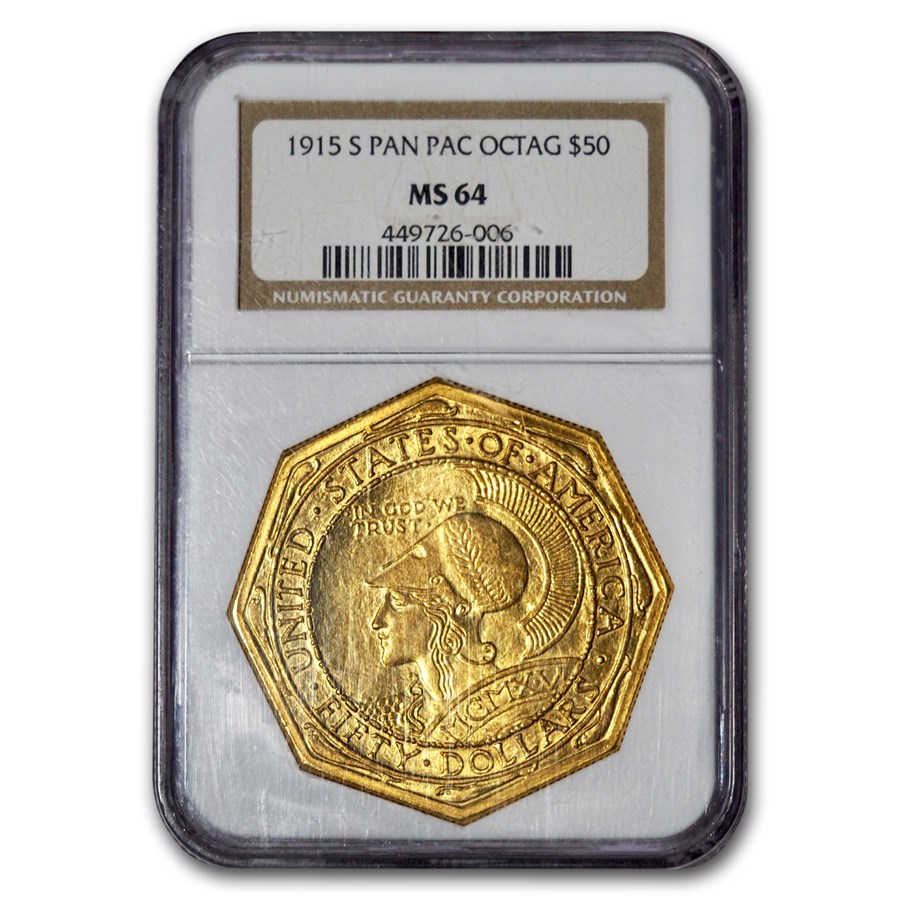 Your purchase will match the quality of the product shown.
Product Details
Product Details
This 1915-S $50 Panama Pacific Octagonal has been certified as MS-64 by NGC, one of the top two coin grading services. This coin has a population of only 156 coins!

Coin Highlights:
Protect and display your Octagonal 1915-S Gold $50.00 Panama-Pacific coin in style by adding an attractive display box to your order.

The Panama-Pacific Exposition coins were struck to celebrate the opening of the Panama Canal as well as the opening of the 1915 Panama-Pacific International Exposition and World's Fair in San Francisco. Issued alongside the octagonal version the Panama-Pacific $50 coins were the highest denomination coins issued by the United States until the production of $100 Platinum bullion coins in 1997. The coins were issued at a price of $100 each, a hefty price tag at the time. The round proved less popular than its octagonal counterpart, and final distribution was limited to only 483 pieces.

Designed by Robert Aitken, the obverse depicts the helmeted head of Minerva (the Roman goddess of wisdom and commerce among other traits) and a section of her shield bearing the date in Roman numerals as MCMXV (1915). The motto "IN GOD WE TRUST" is in the field and on the outside of a beaded border are "UNITED STATES OF AMERICA" and "FIFTY DOLLARS. The reverse depicts the owl, an animal which was sacred to Minerva as well as a symbol of wisdom. The motto "E PLURIBUS UNUM" and a tiny "S" mintmark are in the field and outside of a beaded border are "PANAMA-PACIFIC EXPOSITION" and "SAN FRANCISCO".