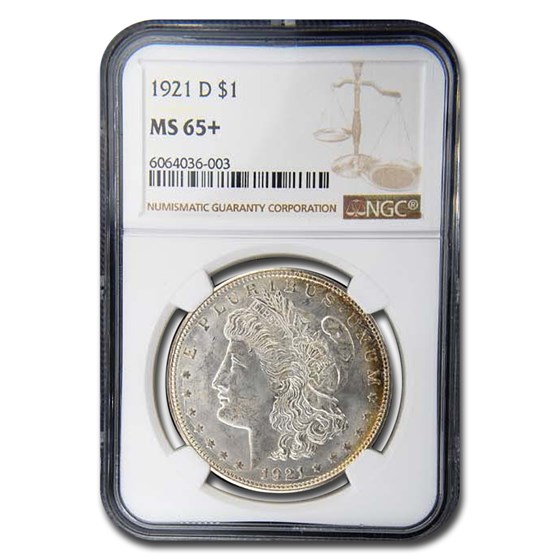 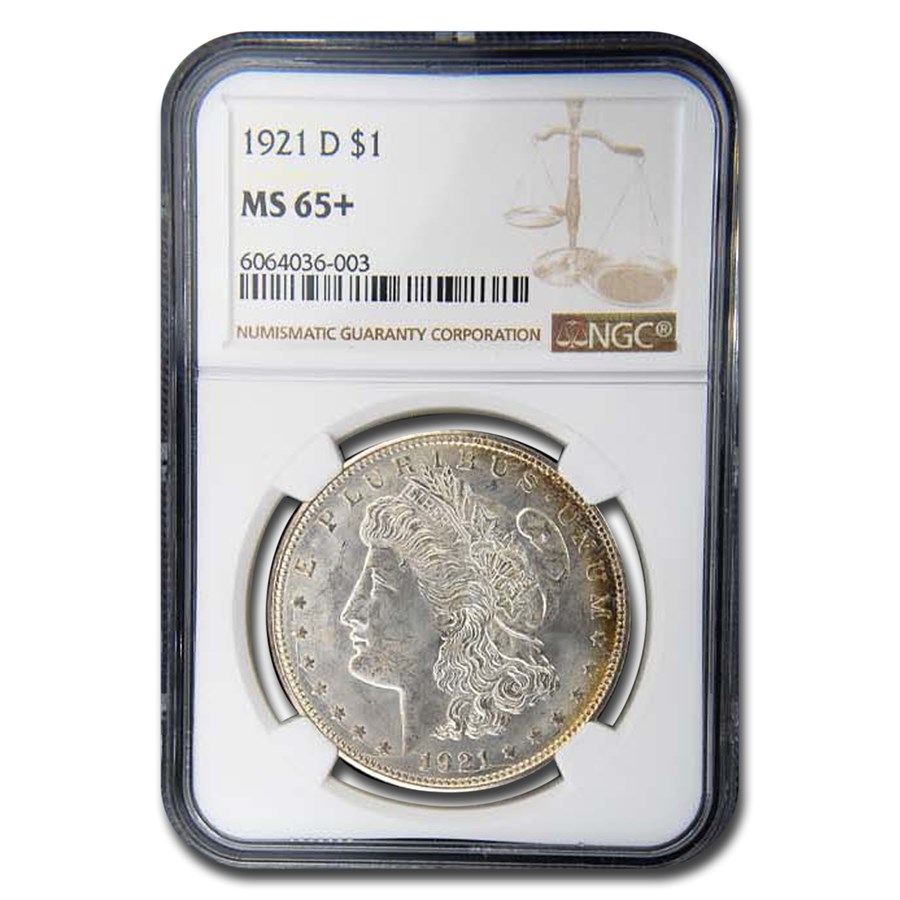 Product Details
Product Details
This 1921-D Morgan Dollar has been certified as MS-65+ by NGC, one of the top coin grading services in the industry. This coin has a population of only 47 coins, making it highly collectible and perfect for any numismatic collection.

Safeguard your 1921-D Morgan Dollar in a Coin Storage Box, made to perfectly fit up to 20 NGC-graded slabs.

Bring a piece of U.S. coinage history to your collection by adding this certified MS-65+ NGC 1921-D Morgan Dollar to your cart today!

MS-65+ NGC 1921-D Morgan Dollar
The 1921 Morgan Silver Dollar is a predecessor to the modern-day coinage circulating today. Designed by the United States Mint Chief Engraver George T. Morgan, this design first appeared on other U.S. Dollars coins like Trade Dimes, but it's use specifically for America’s premier Silver bullion was authorized through an Act of Congress in 1921.

The 1921 Morgan Dollar is an important part of American financial history, as it played a role during one our country's most challenging times — the "Great Depression" era. The 1921 Morgan Silver Dollar is valued not just for its metal content and place in U.S. history, but also because this particular coin had dual functions: being both circulated among citizens while at the same time retaining its numismatic value thanks to all that has happened in the years since.