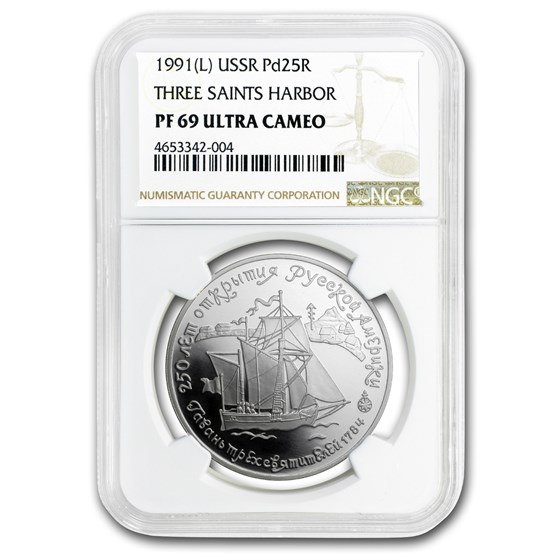 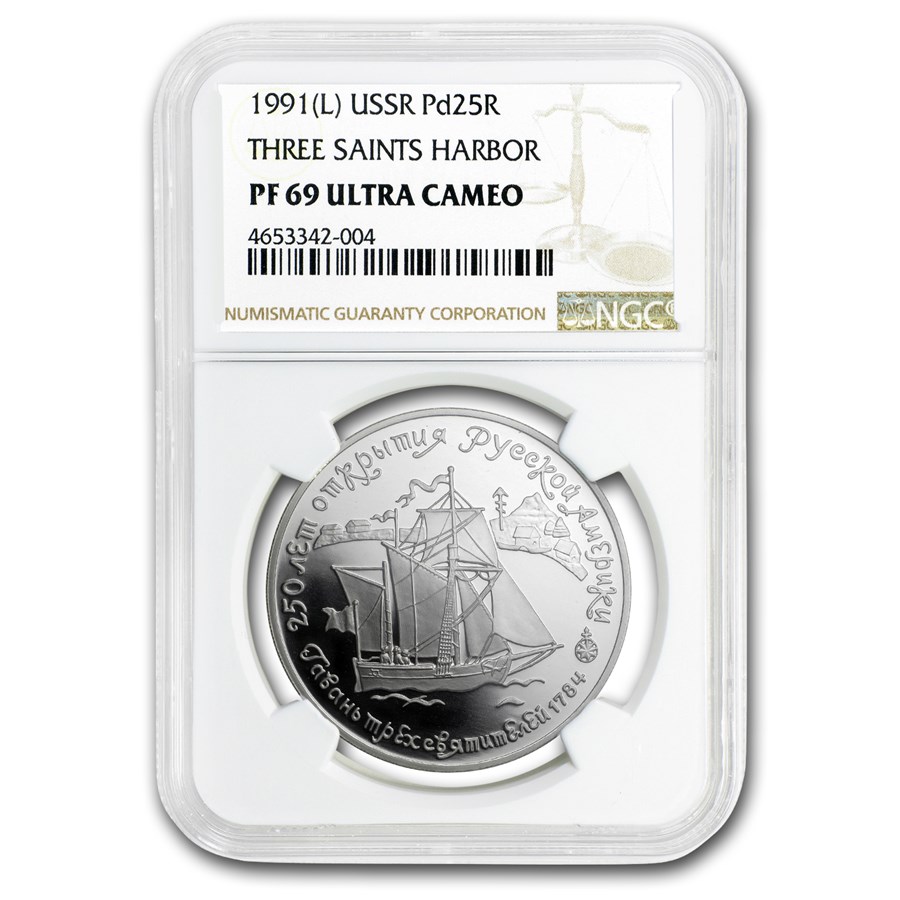 Your purchase will match the quality of the product shown.
Product Details
Product Details
This 1 oz .999 fine Palladium coin commemorates the 250th anniversary of the first Russian settlement in America, located at Three Saints Harbor in what is now Kodiak, Alaska.

Coin Highlights: Display your Russian Palladium in style by adding a presentation box to your cart.

Prior to the arrival of Russia, all of Baranof Island had been settled by the Tlingit people for over 10,000 years. The first attempt at Russian colonization took place in 1799 with the construction of Fort Saint Michael.
Related Searches