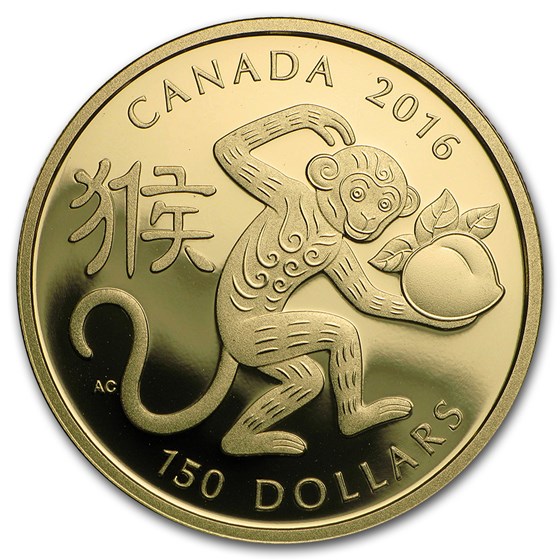 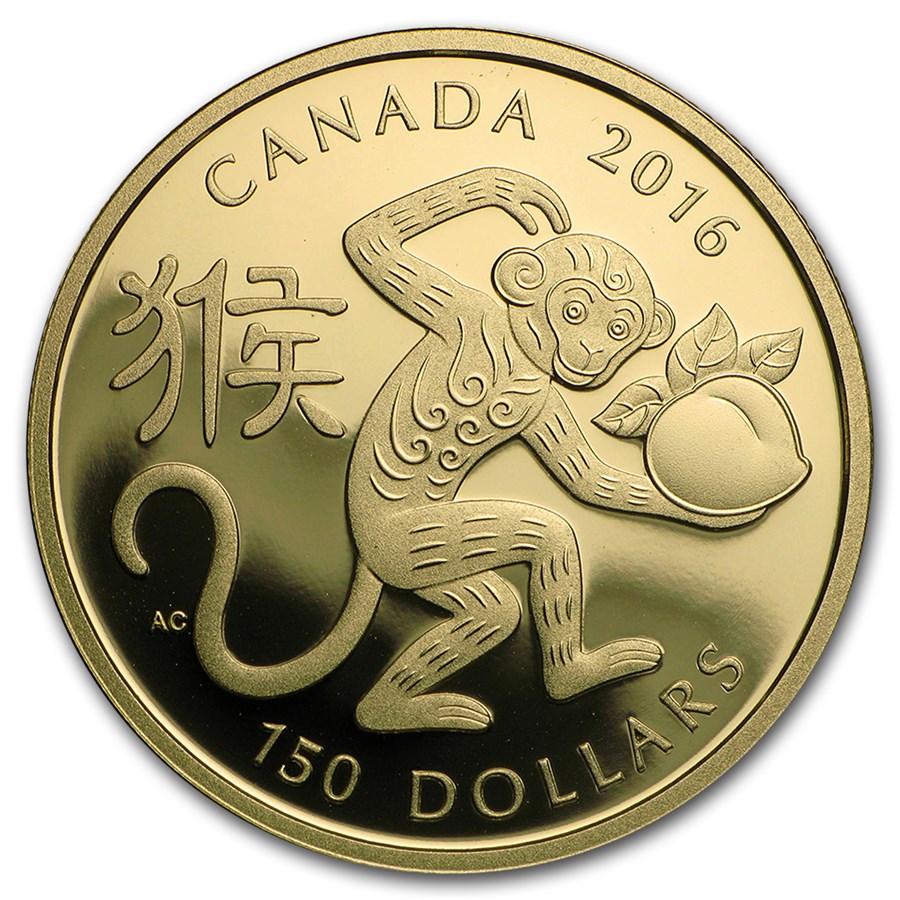 Coin Highlights:
Add this Proof Gold Year of the Monkey coin to your cart today!

Add 2016 Lunar coins from world mints to your Year of the Monkey coin collection.

These stylish 2016 Lunar coins feature the exceptionally detailed artwork of Aries Cheung, who designed other Lunar Series coins like the Year of the Sheep and the Year of the Horse. Chosen to design the Gold Lunar coins created by the Royal Canadian Mint, the Chinese-Canadian artist infuses elements of both cultures into his artwork. In the Gold Year of the Monkey coin, the purposely minimal details are similar to traditional Chinese zodiac depictions. In addition, these Canadian Lunar coins are proof coins, which benefit from hand-polished dies, giving the artwork finer lines and a presentation quality finish.

Why invest in 2016 Lunar coins like the Canada Gold $150 Year of the Monkey Proof coins?

The artistry on these 2016 Lunar coins makes the Gold bullion coins a desirable choice for collectors who want to start or expand their collection. Gold Lunar coins from the Royal Canadian Mint feature beautifully detailed animal images for each year of the Chinese ancient lunar calendar. The Gold Year of the Monkey coin highlights the playful characteristics of the monkey and those born under its sign. Like the other Canadian Lunar coins’ designs, the artwork on Gold Year of the Monkey coins is a traditional Chinese interpretation of the animal images.