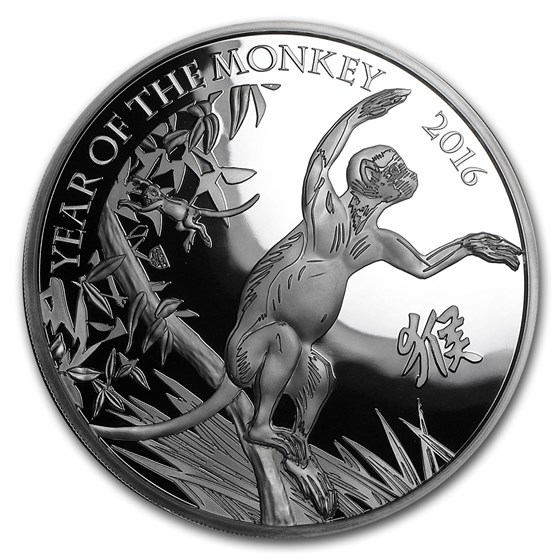 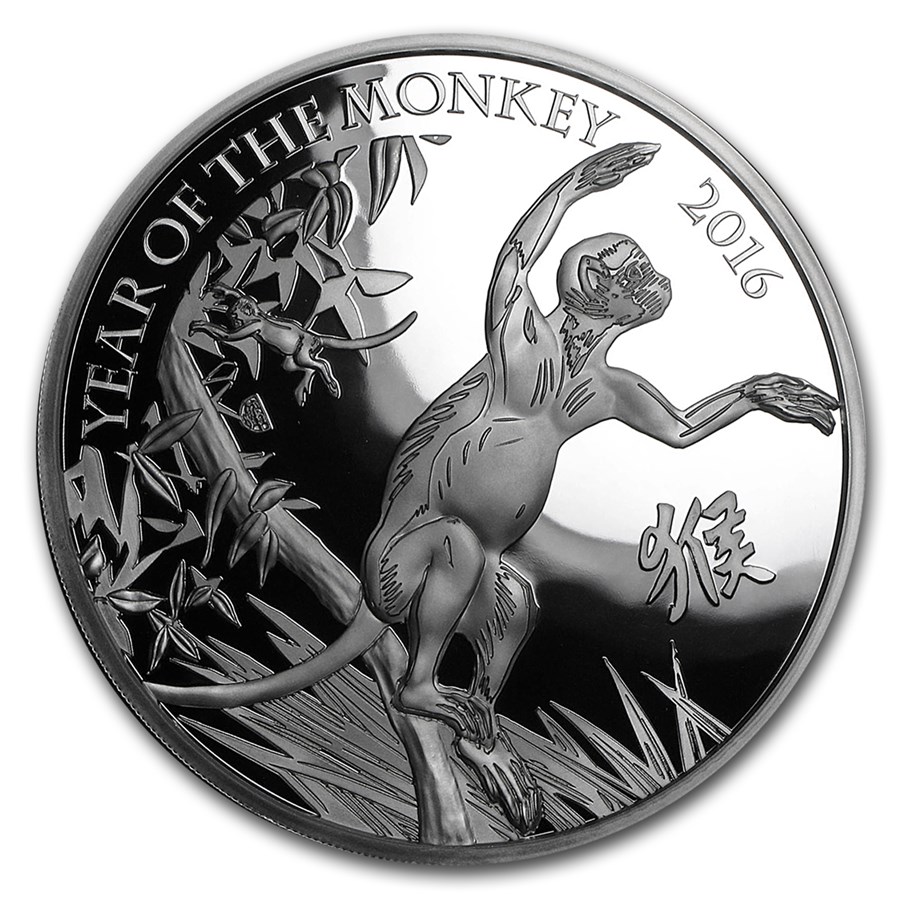 Product Details
Product Details
Mintage of only 88 coins and first year of issue for the kilo size! In 2016, the Royal Mint's Shengxiào Collection of Lunar coins continues with the third coin in the series, which celebrates the Year of the Monkey.

Coin Highlights:
Add this stunning 2016 one Kilo Silver Year of the Monkey Proof coin to your cart today!

The Shengxiào Collection is a series of 12 Lunar coins to be struck for the United Kingdom and continues with a coin for 2016 celebrating the Year of the Monkey. Series artist Wuon-Gean Ho has created an intricately detailed design once again combining British and Chinese heritage. Finished to perfection in .999 fine Silver, this is a must-have to continue your collection or, with an ounce of Silver, a most auspicious gift.

The monkeys in Wuon-Gean’s design are inspired by the rhesus monkey, part of the “Old World” family of monkeys originating in Europe, Africa and Asia. Adaptable and intelligent, the rhesus monkey can thrive in mountains, forests, desert and grasslands and in China alone, occupies a wide geographic range, from Beijing all the way south down to Hong Kong. Rhesus monkeys are sociable creatures, living among communities or “troops”, so Wuon-Gean has depicted two monkeys in her composition. The monkeys were inspired by the artist’s playful niece and nephew, and are shown leaping through the air, conveying unerring balance, freedom and flight.
Related Searches