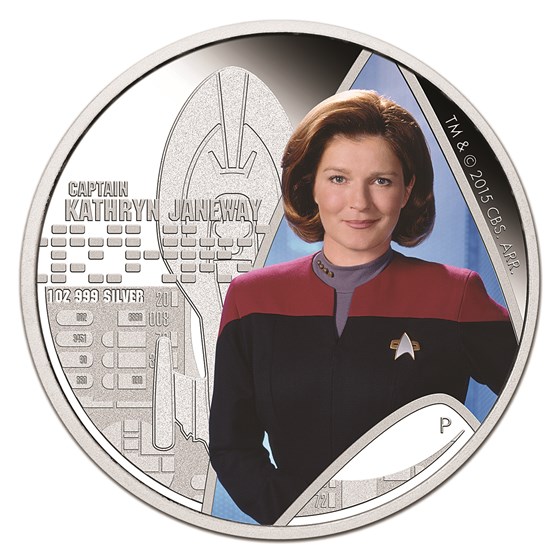 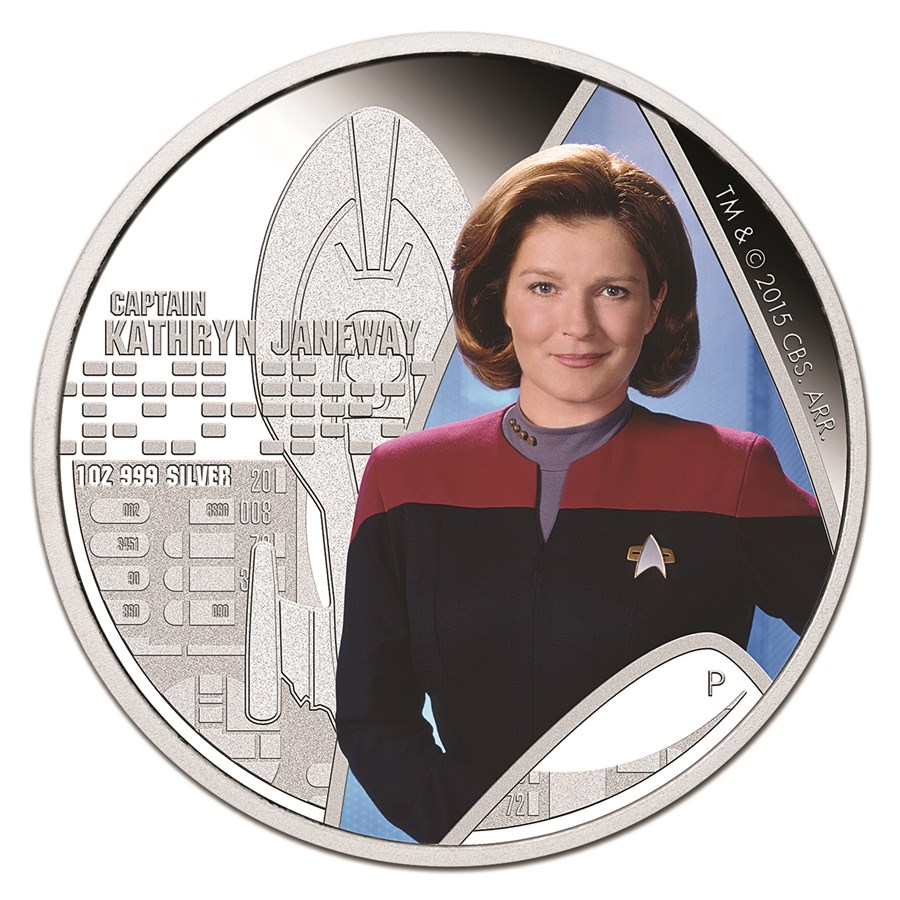 Star Trek: Voyager takes place in the 2370s, in the Milky Way Galaxy, and follows the adventures of the Starfleet vessel U.S.S. Voyager NCC-74656, commanded by Captain Kathryn Janeway. Janeway is a tough captain, not afraid to take chances, and is highly intelligent, thoughtful, dedicated and diplomatic.

Since its debut, Star Trek has developed into a cultural phenomenon with a range of spinoff television series and a number of feature films being released over the past five decades. The series explored a variety of societal themes and issues including a Utopian society, war and peace, imperialism, economics, racial equality, religion, human rights, feminism, and the role of technology.
Related Searches

Great looking coin for at a great price.

I've been a fan of Star Trek since it first came out. Saw the coin and just had to get it.