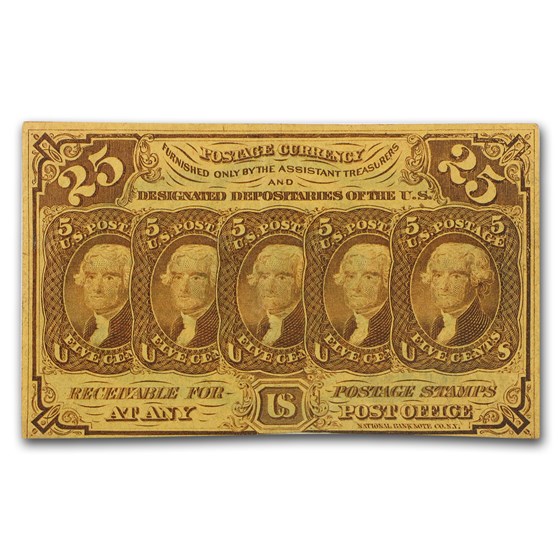 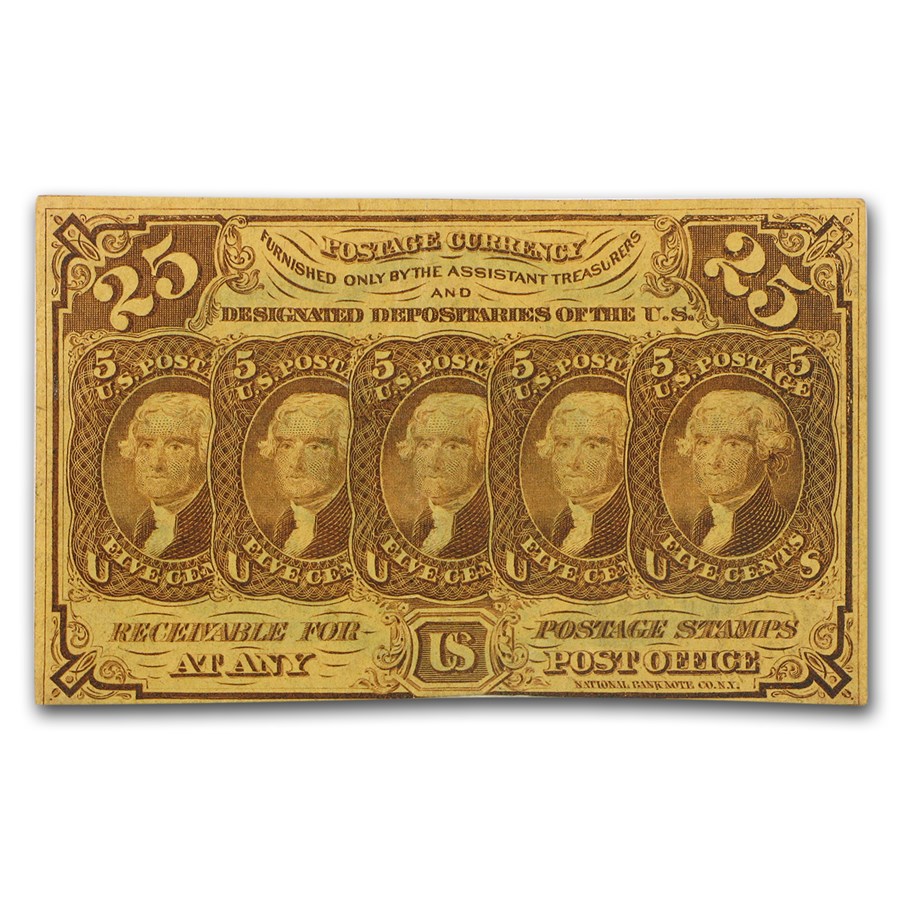 Product Details
Product Details
From the first issue of U.S. Fractional Currency issued during the Civil War. The note displays five of the very popular Thomas Jefferson 5 Cent issue that was on the 5 cent postage stamps of the era.

Certificate Highlights:
These were issued starting in 1862 to help alleviate the shortage of coins due to public hoarding caused by the Civil War. Add this First Issue Fractional (Postage) Currency of 25 Cents to your cart today!

This is the straight edge type with the ABC monogram on back which denotes this as Friedberg #1281.