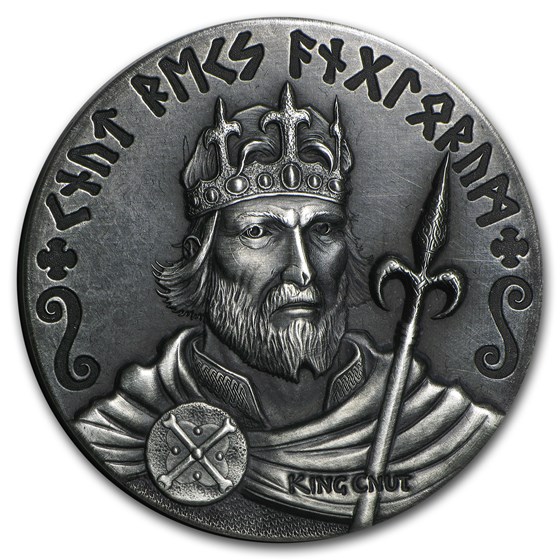 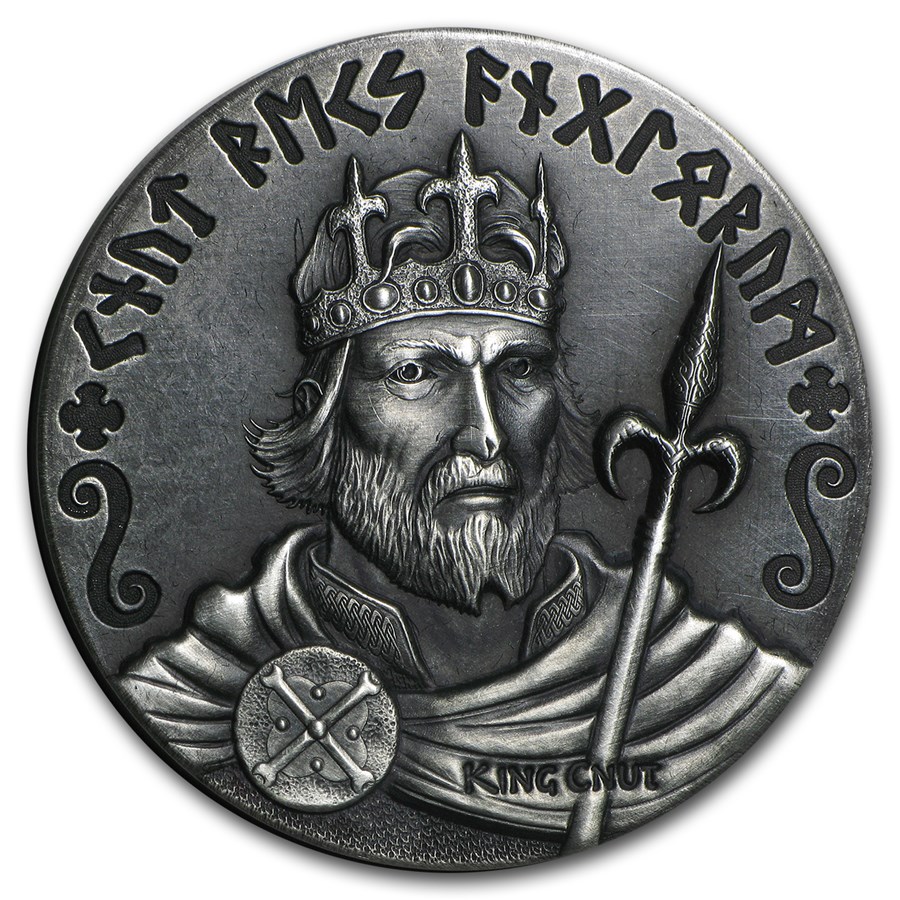 Product Details
Product Details
King Cnut, the man that united England, Denmark, Norway and parts of Sweden into one North Sea Empire often referred to as the Anglo-Scandinavian Empire, is in the first release in the APMEXclusive® 15-Coin Vikings series from the Scottsdale Mint.

Coin Highlights:
Complete your Viking Series collection or give this striking 2 oz Silver coin as a gift. Add this 2 oz Silver King Cnut coin to your order today!

King Cnut is remembered for stabilizing England, Denmark, Norway, and parts of Sweden and unifying the regions into one empire from A.D. 1016-1035. Humility was his hallmark trait, often illustrated by the tale of "King Cnut and the Waves," wherein Cnut had his throne placed on the seashore as the tide was coming in.

Sitting upon his throne, he stretched out his hand and commanded the tide to recede. The ocean responded by continuing its advance, covering the king's feet and soaking his royal garments.

Cnut turned to the small audience accompanying him and said, "Let all men know how empty and worthless is the power of kings, for there is none worthy of the name, but He whom heaven, earth, and sea obey by eternal laws." He placed his crown upon a crucifix and never wore it again.