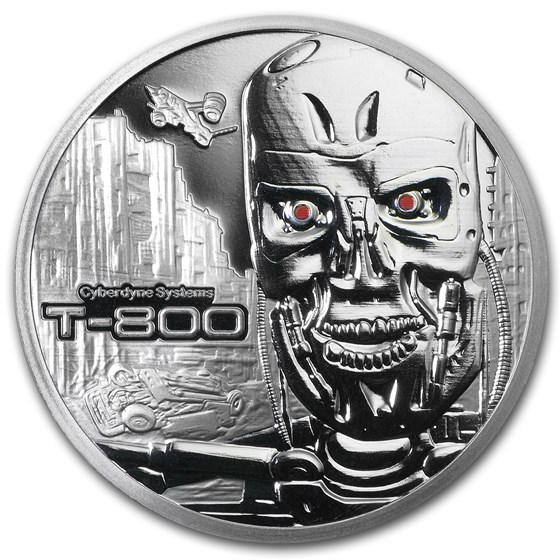 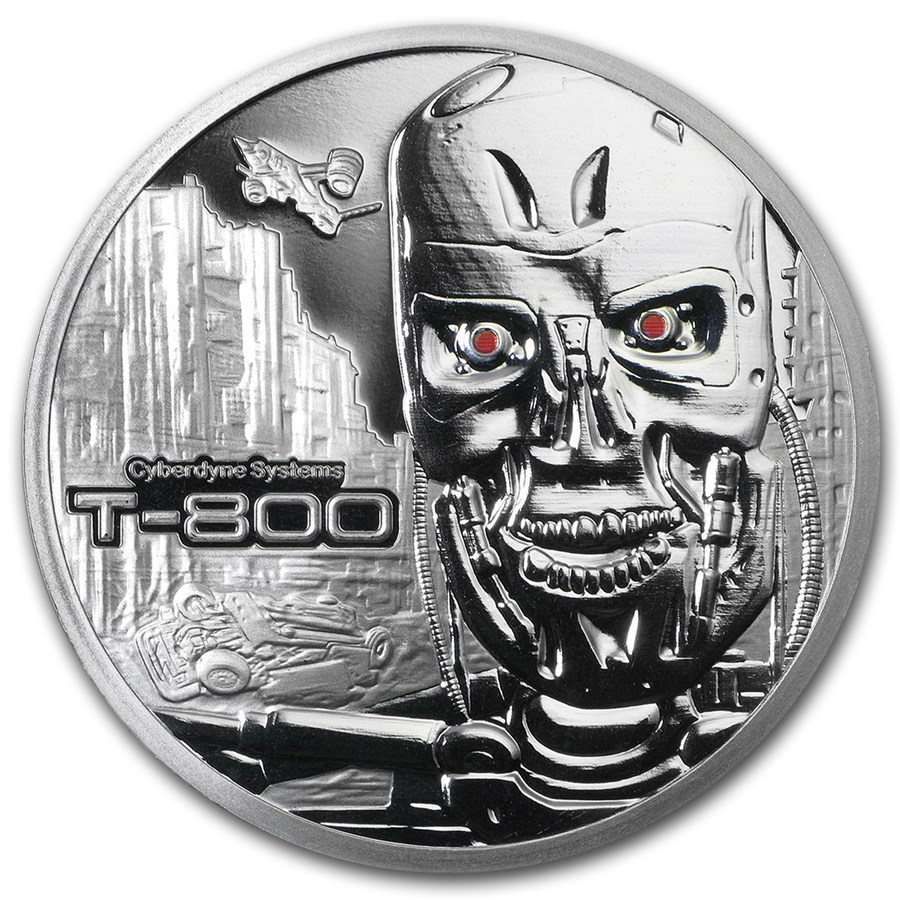 Your purchase is guaranteed to match the quality of the product shown. It will not be this exact item.
Product Details
Product Details
This Silver round was issued in conjunction with the release of the Terminator Genisys movie. This Reverse Proof round depicts the iconic character through a fantastically executed high-relief design.

This legendary franchise created by James Cameron features a seemingly never-ending battle between Skynet's synthetic intelligent machine network and John Connor's resistance forces and the rest of the human race.

Round Highlights:
Protect and display your round in style by adding an attractive presentation box recommended for this round.

This first-ever release from Stardust Silver, an upstart company, celebrates one of the most popular movie franchises of all time. Add this brilliantly designed Terminator T-800 Silver Round to your cart today!

The T-800 was a Terminator model portrayed by Arnold Schwarzenegger. In the first film, Skynet begins as a Global Digital Defense Network computer system by Cyberdyne Systems which becomes self-aware. Things turn for the worst when these machines perceive humans as a security threat and attempt to wipe out humanity altogether.

Beautiful coin! Very shiny and lustrous. The red eyes created on this is very sharp and everything was mint condition like. You also have to love how when you pull the coin out that it reads behind it on the placement, “I’ll be back!” So you know to be sure to place it back, lol. Awesome coin, thanks!