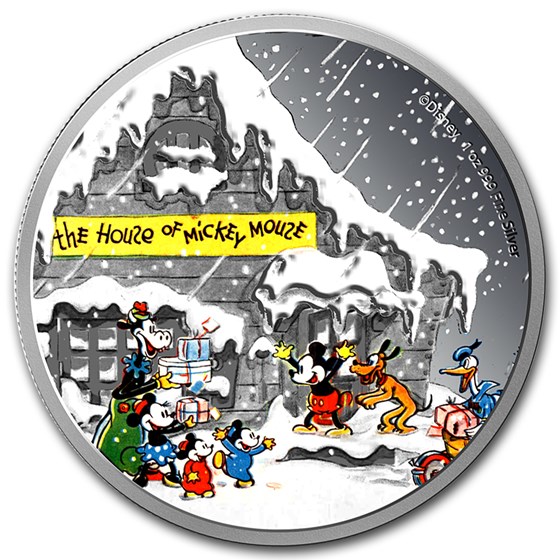 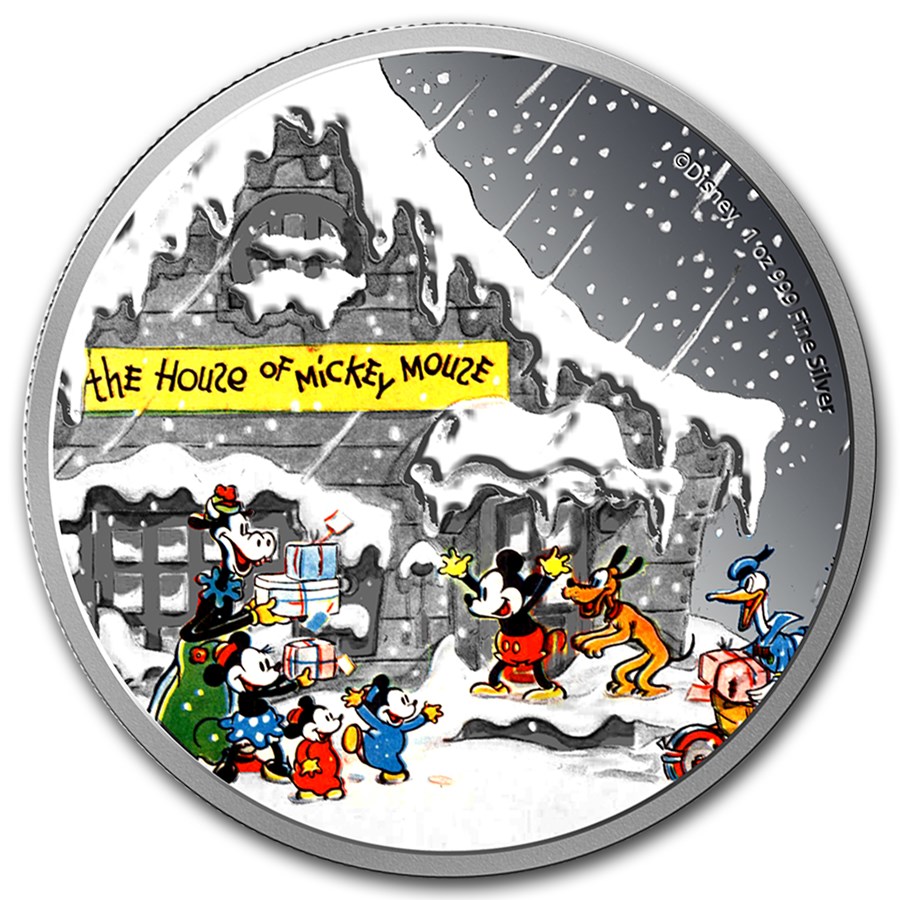 $30.39
As Low As
Product Details
Product Details
This is the first Disney coin to feature artwork from The Walt Disney Company's Corporate Season's Greetings cards of years past. Each coin features an exquisitely colorized design produced in .999 fine Silver.

Coin Highlights:
With a limited mintage, this coin is a must have for any Disney enthusiast. Add the 1 oz Silver Disney Season's Greetings coin to your cart today!