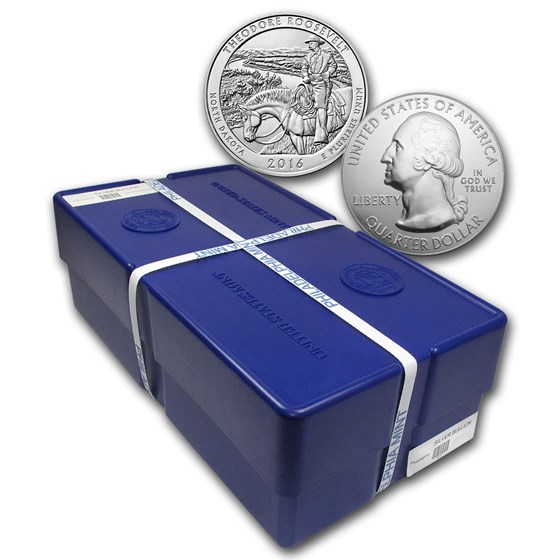 Your purchase is guaranteed to match the quality of the product shown. It will not be this exact item.
Product Details
Product Details
Sold out at the mint. Sealed Monster Boxes are an ideal way of owning larger amounts of Silver with just one purchase.


Theodore Roosevelt National Park, North Dakota is named after the founder of the National Parks System. It is the fourth release of 2016 of the U.S. Mint's 5 oz Silver bullion America the Beautiful series and the first design to feature a U.S. president.