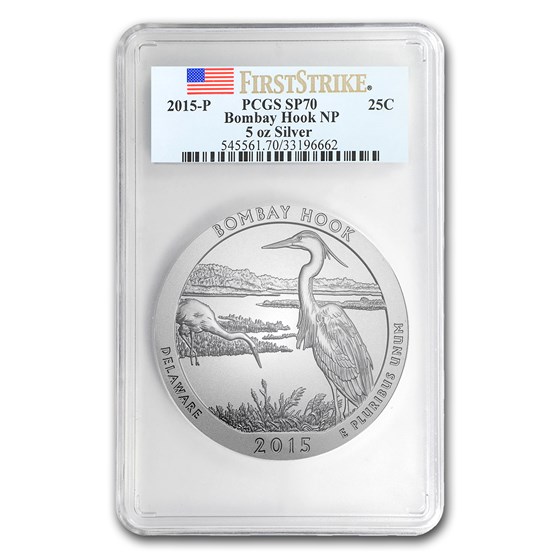 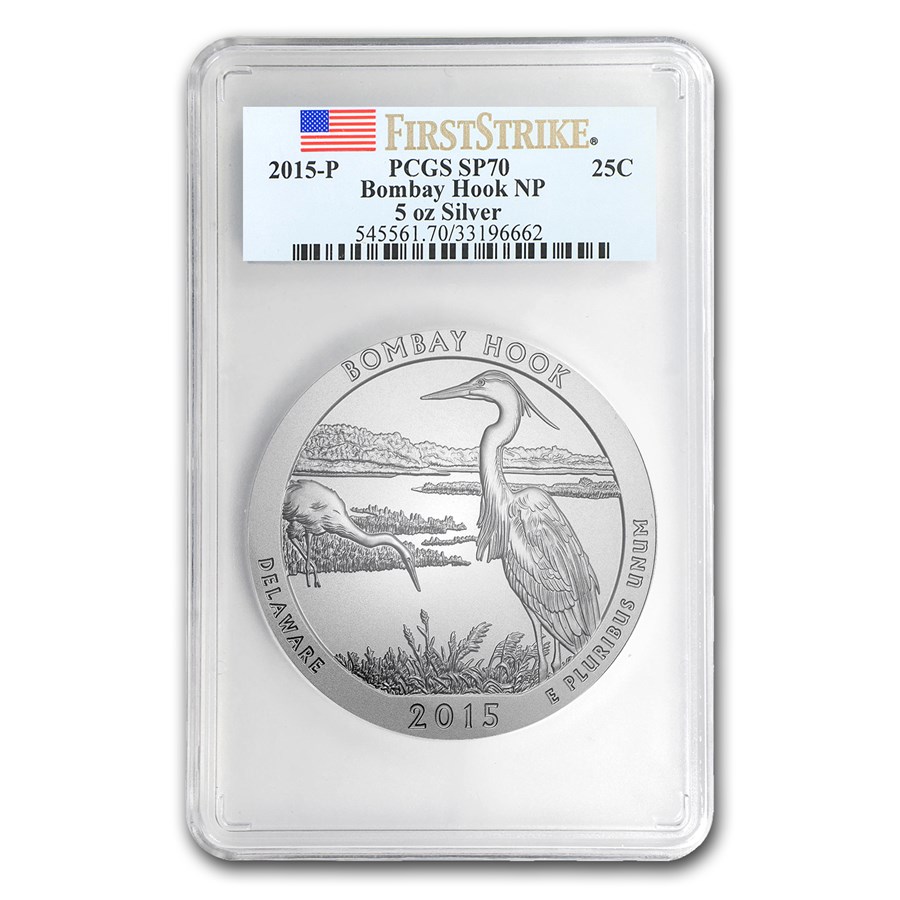 Coin Highlights:
Protect and display your Bombay Hook coin in style by adding an attractive display or gift box to your order.

These coins are sought after by investors for their .999 fine Silver content, and demanded by collectors for their artistic value. Add this attractive 5 oz Silver ATB Bombay Hook National Park coin to your collection today!