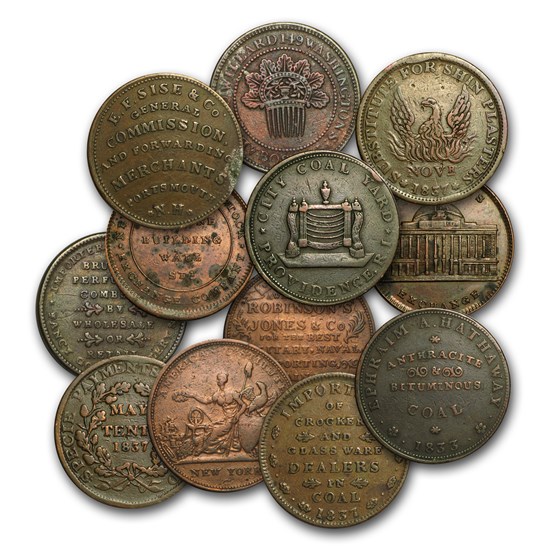 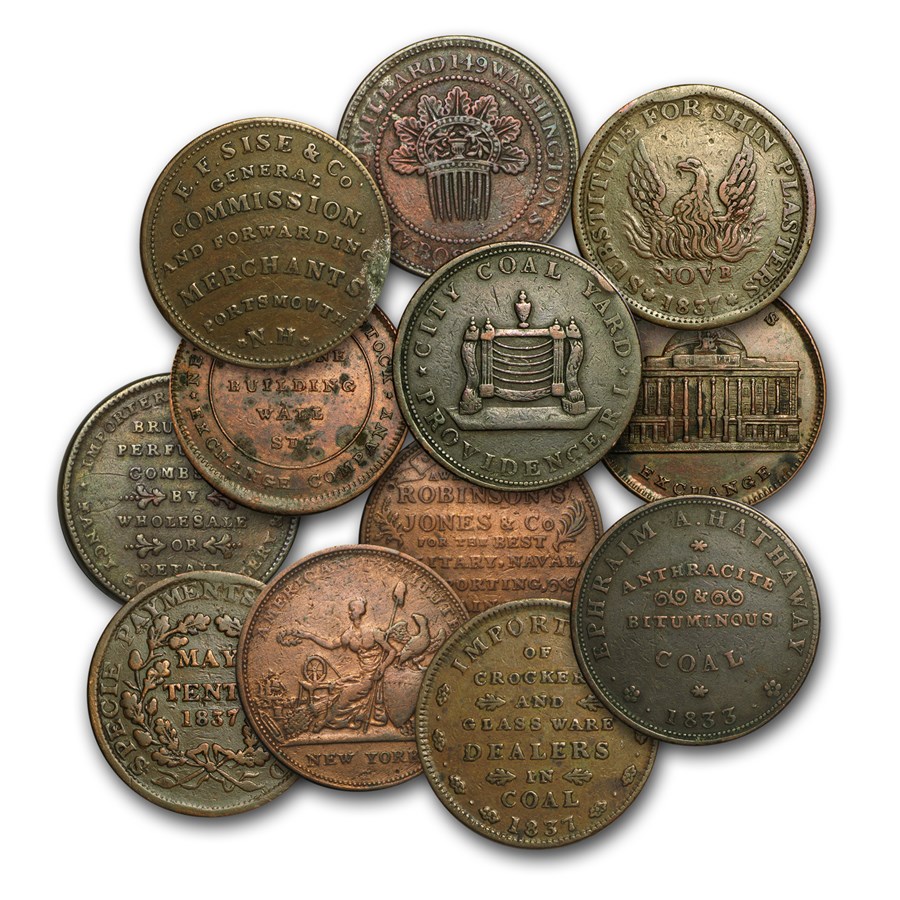 Product Details
Product Details
These privately made pieces, comprising merchant, political and satirical pieces, were used during a time of political and financial crisis in the United States. The Panic of 1837, during Van Buren's presidency came to be known as "Hard Times".

Add one of the Hard Times Tokens to your cart today!