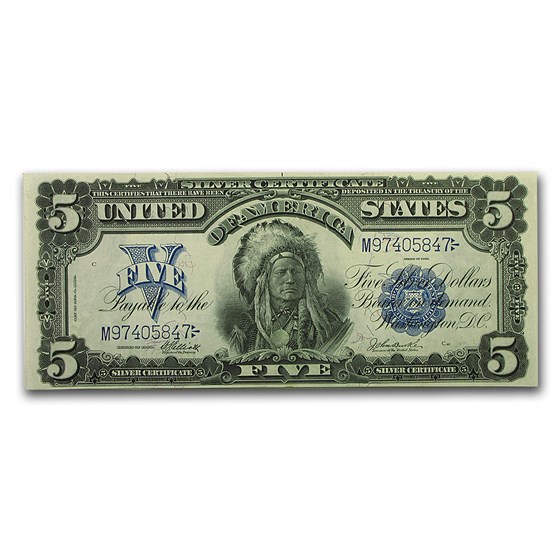 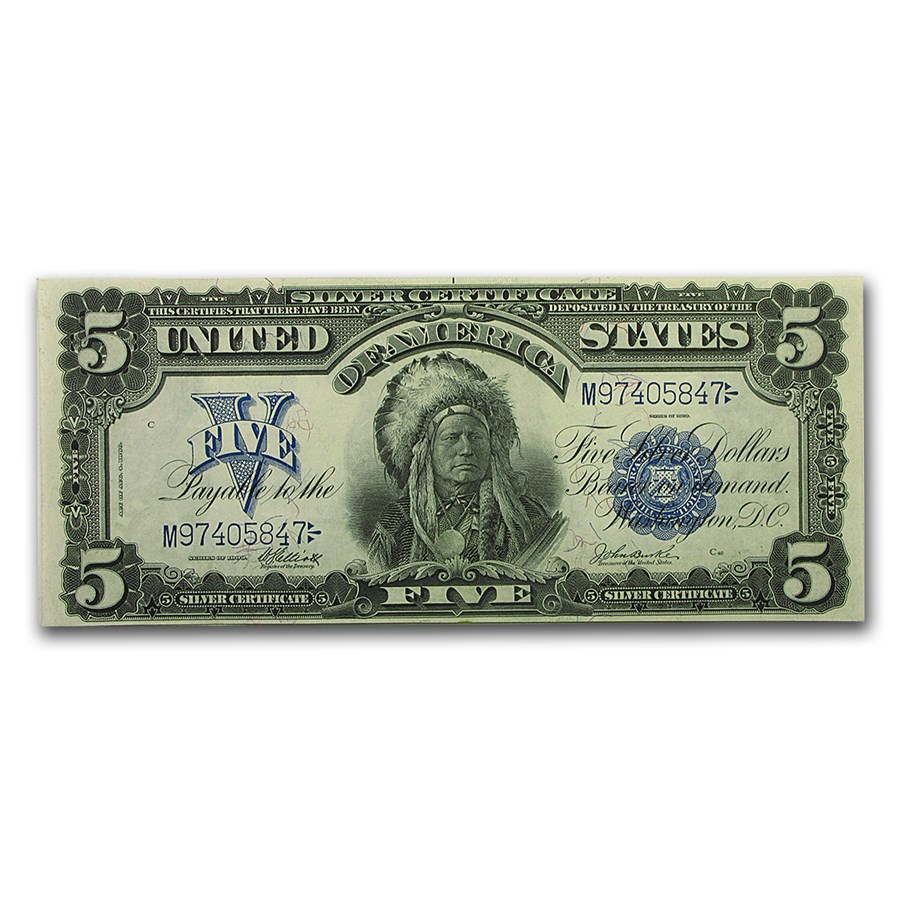 Currency Highlights:
These notes are highly desirable at any grade level. Notes at this level of preservation are affordable for the serious currency collector. Add this 1899 $5.00 Silver Certificate Chief Running Antelope note to your cart today!

This series of notes was issued from November of 1919 through early January of 1921.