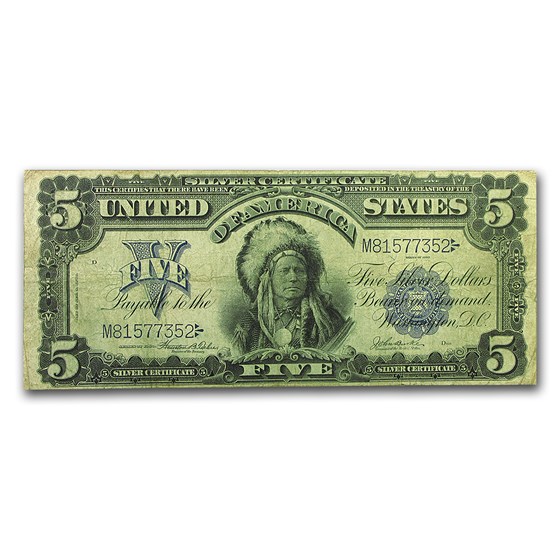 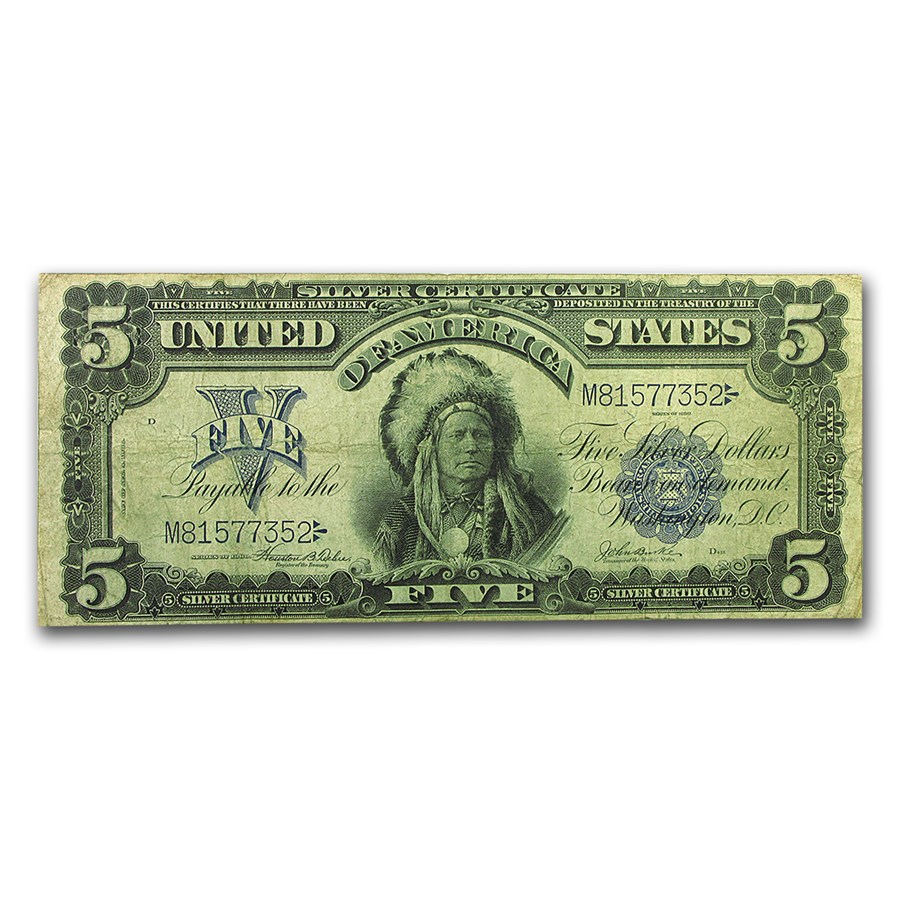 Product Details
Product Details
This is one of the Series 1899 $5 Silver Certificates - the famous "Chief" note, depicting Chief Running Antelope of the Sioux Indians. This issue is extremely popular among U.S. currency collectors.

Currency Highlights:
This 1899 $5 Silver Certificate would make a great addition to any Large Size Note collection. Add one of these classics to your cart today!

The image on the bill caused some controversy among Native Americans. The image shows Running Antelope wearing a Pawnee headdress since his Sioux headdress was too tall to fit on the bill. These notes are still a collector favorite and as such are always in demand.