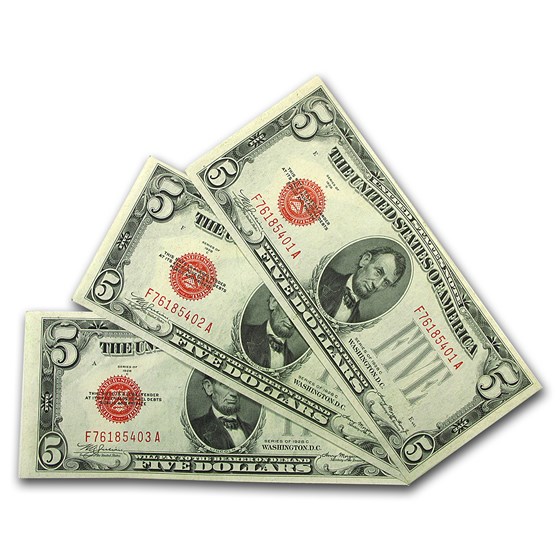 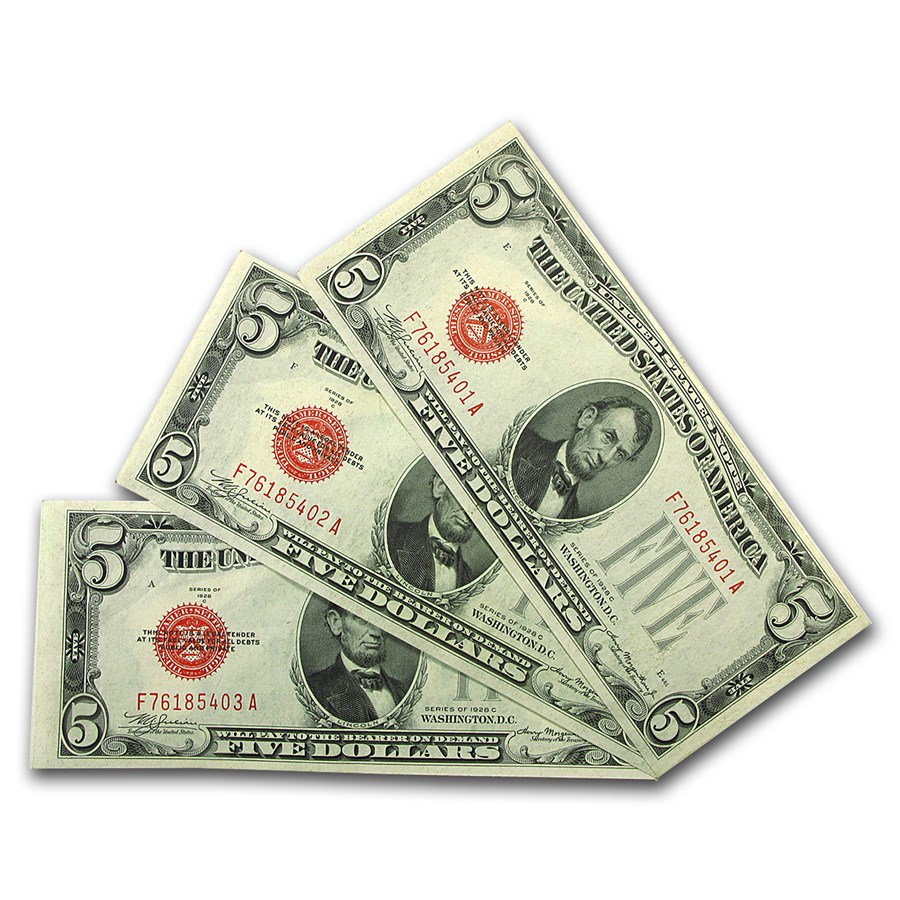 Your purchase will match the quality of the product shown.
Product Details
Product Details
Amazing 3 consecutive notes. 1928-C $5.00 United States Note (aka Legal Tender Note). Although printed in large numbers, this series can be elusive in this condition.

Series 1928-C $5 United States Notes were printed in larger numbers than their immediate predecessors and they saw heavy usage until the type was discontinued in the 1960s. Although over 200 million of this series were printed, few have survived in this condition making them elusive today!