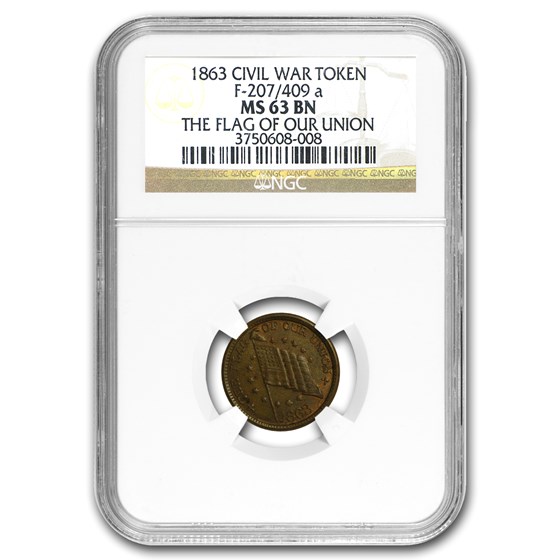 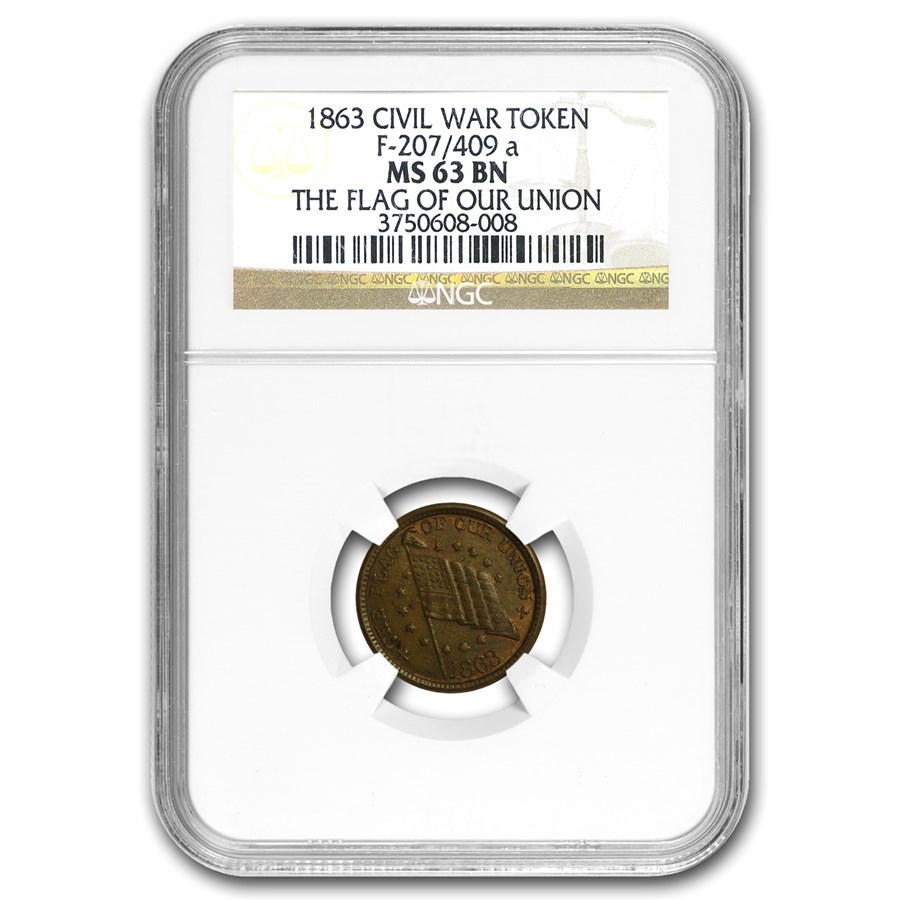 Obverse depicts the United States Flag surrounded by 13 stars and the phrase "The Flag of Our Union" dated 1863. Reverse states "Dix" a reference to John Adams Dix the US Secretary of the Treasury under Buchanan who sent a telegram on Jan 29th, 1861 which stated very similarly the surrounding statement "If anybody attempts to tear it down / shoot him / on the spot." Which was in reference to the United States Flag. Grades: MS-63 Brown. The Flag of our Union.