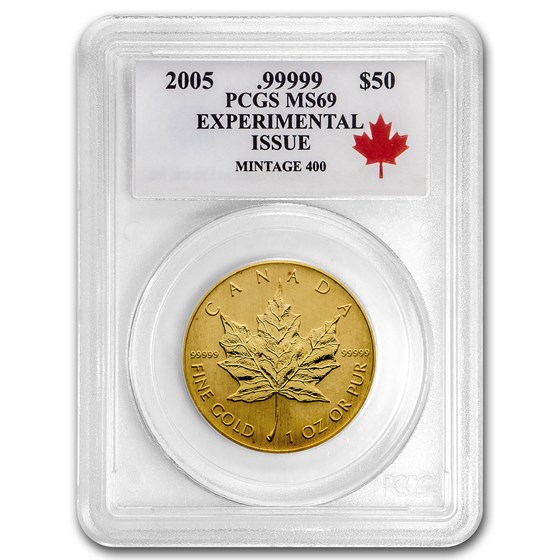 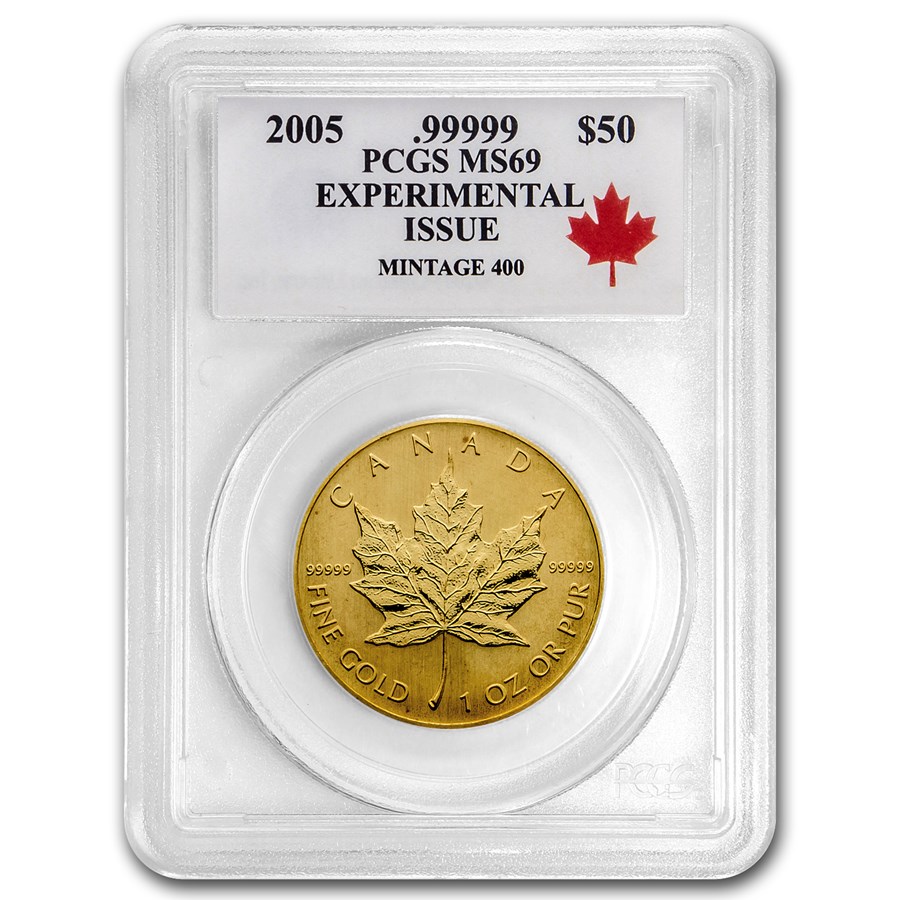 Coin Highlights:
One of the rarest Canadian Gold coins ever minted, only 396 remain after 4 of the remaining 400 were melted. Own a piece of history today!

This special series, which was minted in addition to the normal .9999-fine Gold Maple Leafs, changes the design every year.

Unknown to many collectors, however, is that before they began production on the popular 2007 coins, the Royal Canadian Mint originally struck 600 of these 2005 .99999 fine Gold coins as a test pattern for the program. After melting 200, only 400 of these experimental issue .99999-fine $50 Gold Maple Leaf coins were released to the public.

The processes that bring us the finest Gold coin in the world were originally employed in the production of this impressive experimental issue. Additionally, what's interesting about this is that the experimental issue bears the original Maple Leaf reverse design.