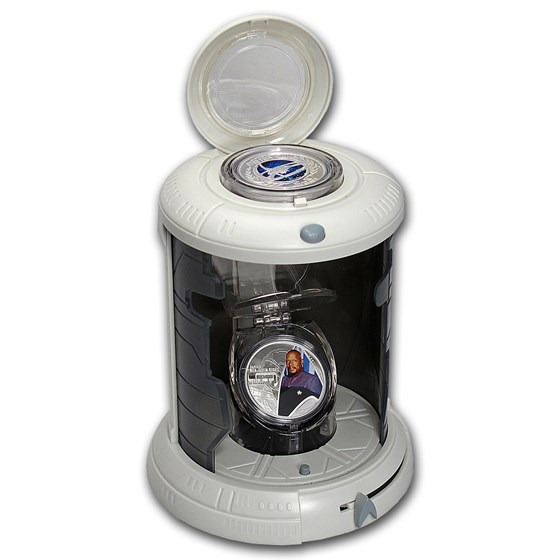 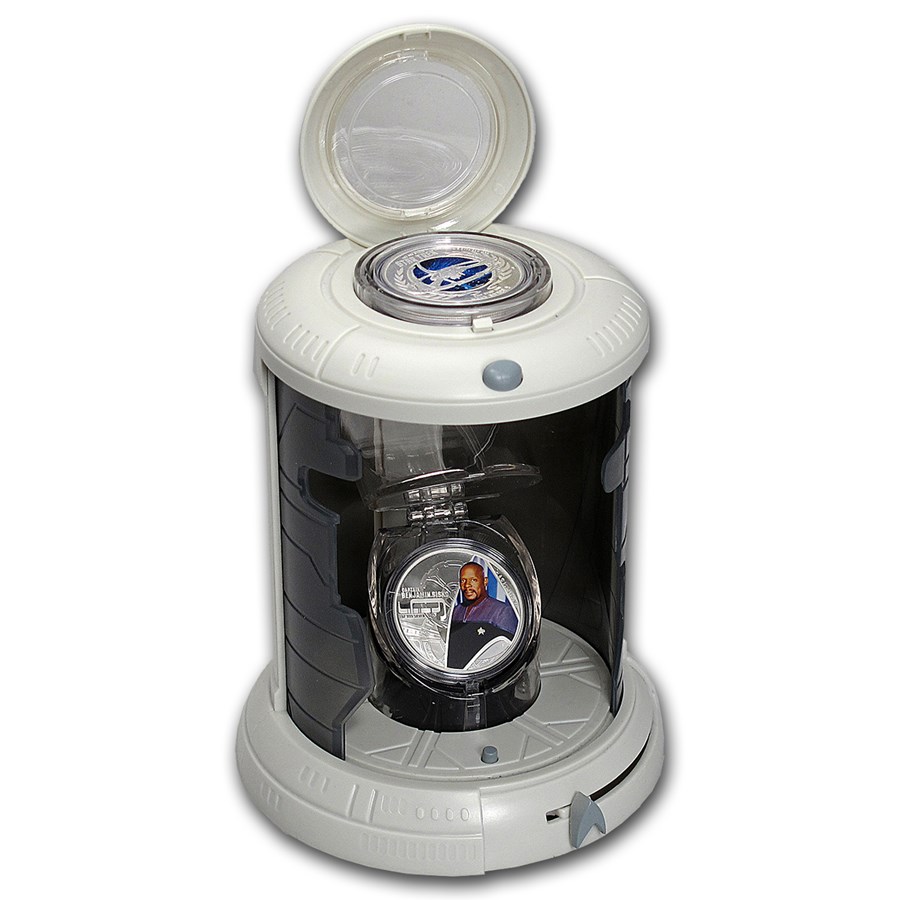 The transporter case in this set is broken, but the coins are in good condition.

Star Trek: Deep Space Nine debuted in 1993 and ran for seven seasons. Set in the future in the Milky Way Galaxy, it follows the 23rd century adventures of Captain Benjamin Sisko during his seven year assignment as commander of the space station Deep Space 9 in the Bajor sector.

Since its debut, Star Trek has developed into a cultural phenomenon with a range of spinoff television series and a number of feature films being released over the past five decades. The series explored a variety of societal themes and issues including a Utopian society, war and peace, imperialism, economics, racial equality, religion, human rights, feminism and the role of technology.