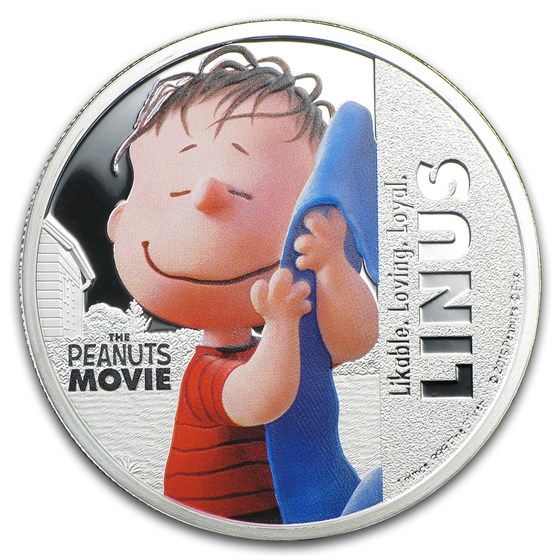 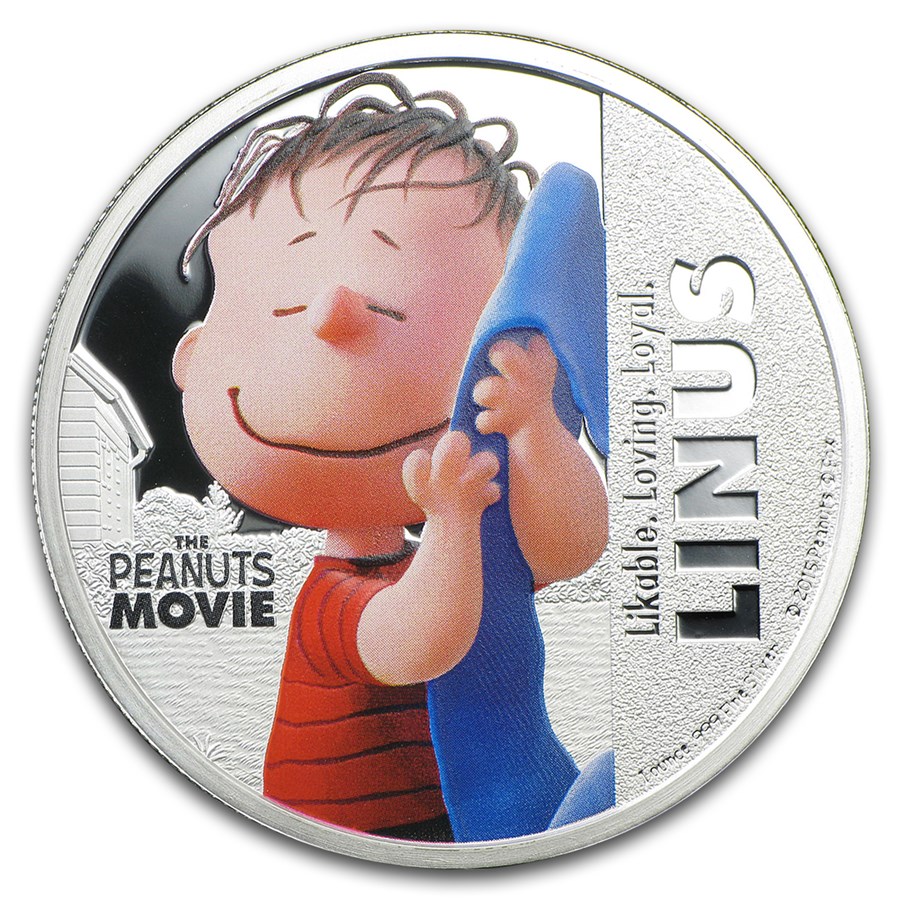 Your purchase will match the quality of the product shown.
Product Details
Product Details
New and coordinated with the release of "The Peanuts Movie" is this Linus coin that's part of the Official Peanuts Movie 1 oz 4-Coin Proof Set, each showcasing a different character from the iconic Peanuts franchise.

Coin Highlights:
Linus was said to have made sucking your thumb acceptable, and was one of the most original fictional characters of all time as he combined childish behavior with great wisdom. Each coin is rendered in a beautiful Proof colorized finish adding to the appeal and collectibility. Add this 2015 1 oz Silver Linus coin to your cart today!

A classic tale of an underdog story, this comic strip franchise was written and animated by Charles M. Schulz beginning in 1947 and continuing until 2000! This strip has remained a staple in classic animated films with its affable characters, including Linus van Pelt. Linus is the most insecure yet the smartest of the bunch. An intellectual and a philosopher, Linus is the younger brother of Lucy. Linus, Charlie's blanket-toting best friend, is shown on this coin.

These characters soared in popularity along with the strip as television specials, including "A Charlie Brown Christmas" and "It's the Great Pumpkin, Charlie Brown" were intertwined with family traditions during the holidays. Additionally, the stage musical "You're a Good Man, Charlie Brown" has been a successful and popular production that still plays today.

This set transcends generational boundaries with its timeless stories that every child can relate to. The new movie is expected to be a hit as it will introduce these characters to an entire generation.