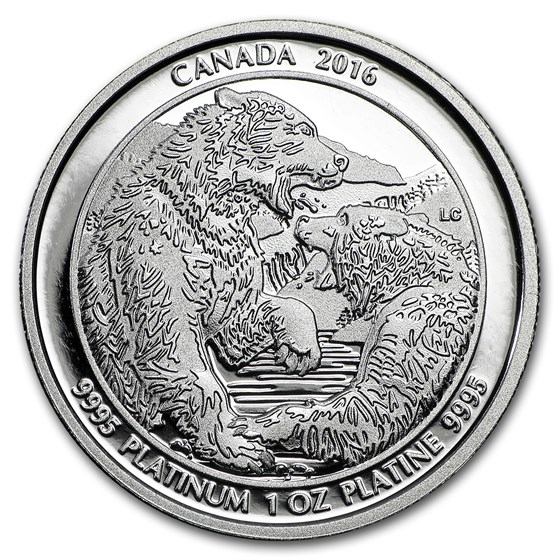 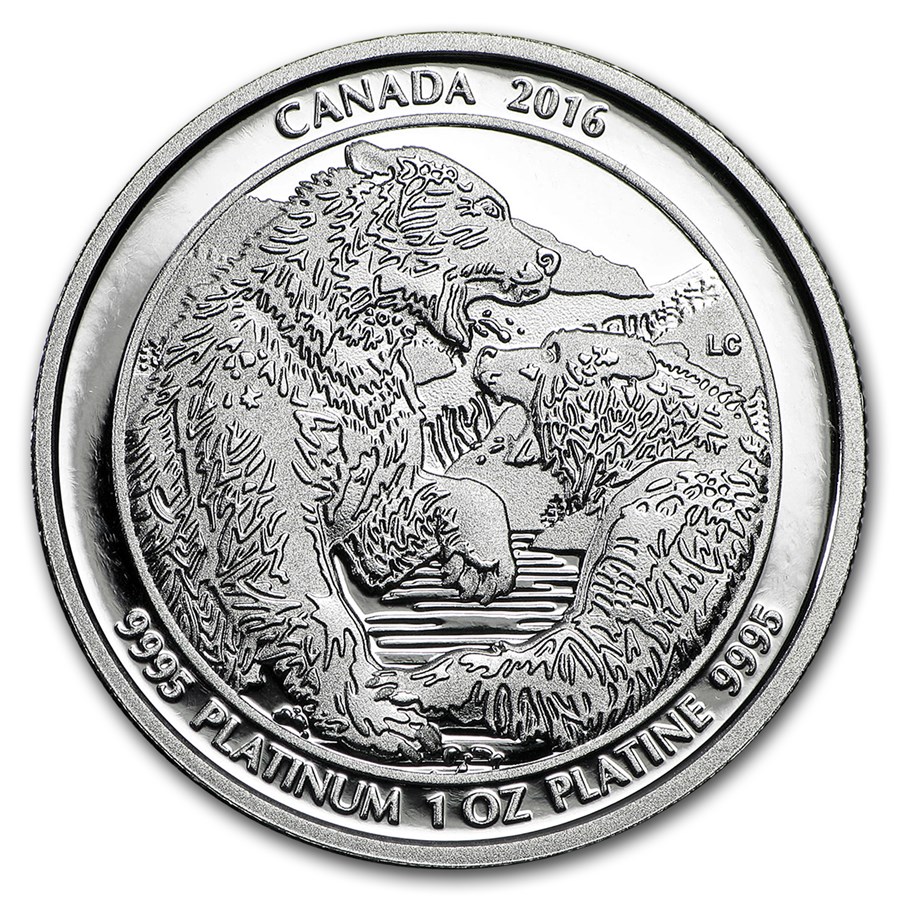 Your purchase will match the quality of the product shown.
Product Details
Product Details
With its Grizzly Bear series of coins, the Royal Canadian Mint celebrates the majestic animal and important cultural symbol by depicting different scenes in the life of a grizzly bear, including this Platinum coin that captures a ferocious battle of will.

Coin Highlights:
Meticulous expert engraving and the use of several finishes showcases the design’s finer details, beautifully capturing the tension and raw emotion of two grizzly bears locked in a heated battle for their choice of a mate. Add this coin from an exciting series to your cart today!
Related Searches