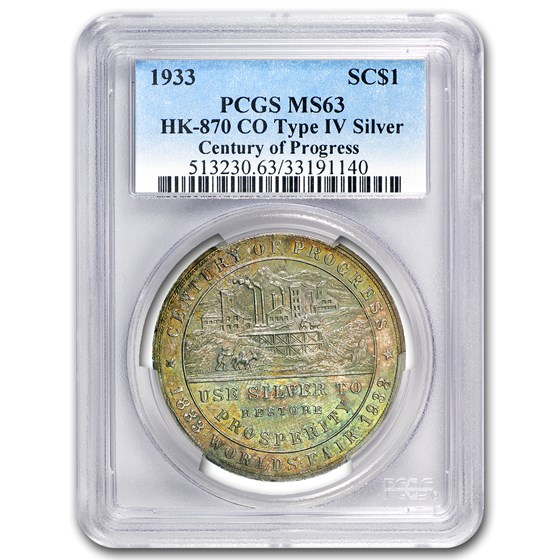 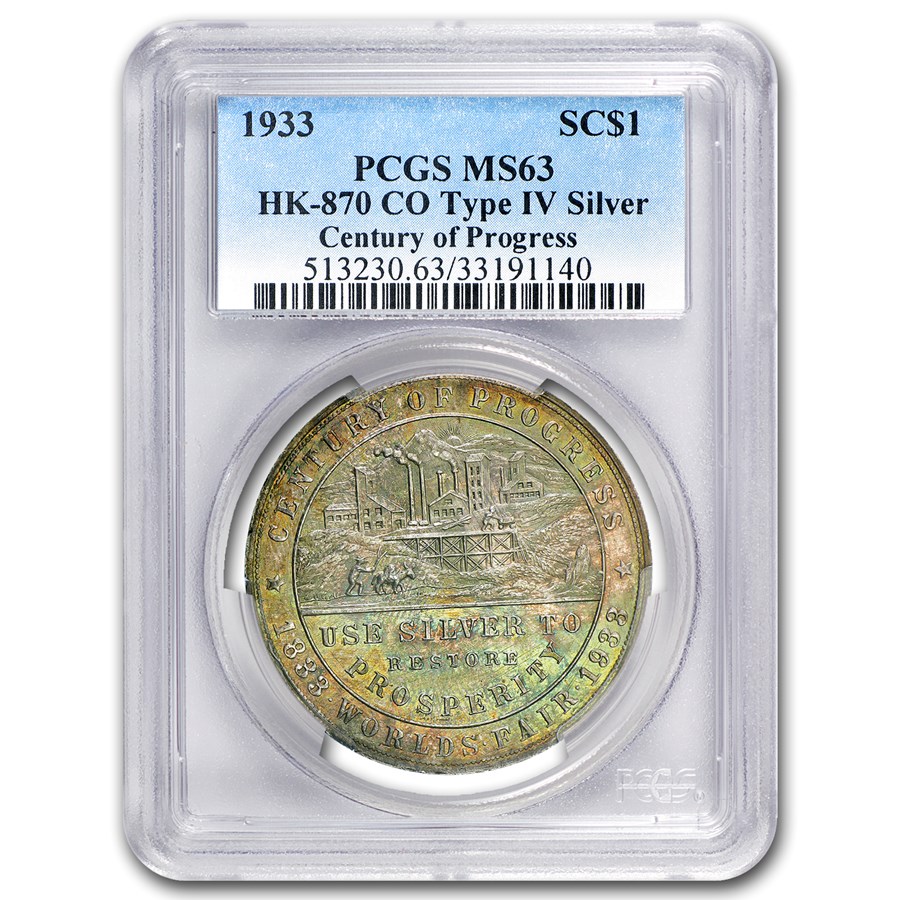 Coin Highlights:
Protect and display your 1933 Colorado Century of Progress So-Called Dollar in style by adding an attractive display box to your order.

This coin will make a great addition to any collection. Add this 1933 Colorado Century of Progress So-Called Dollar to your cart today!

Beautiful and scarce Silver Dollar issued for the purpose of promoting the continued use of Colorado Silver . These Colorado Dollars were used to raise funds for Colorado's participation in the Chicago Century of Progress Expo in 1933. This medal measures 40 mm in diameter and is listed in the H&K reference as #870 and is a Rarity-3.
Related Searches