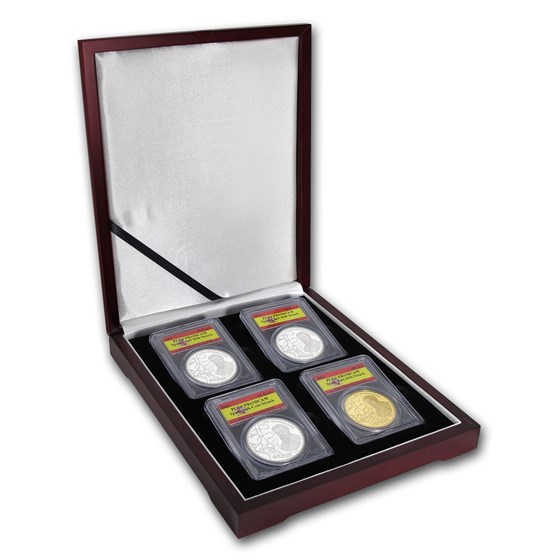 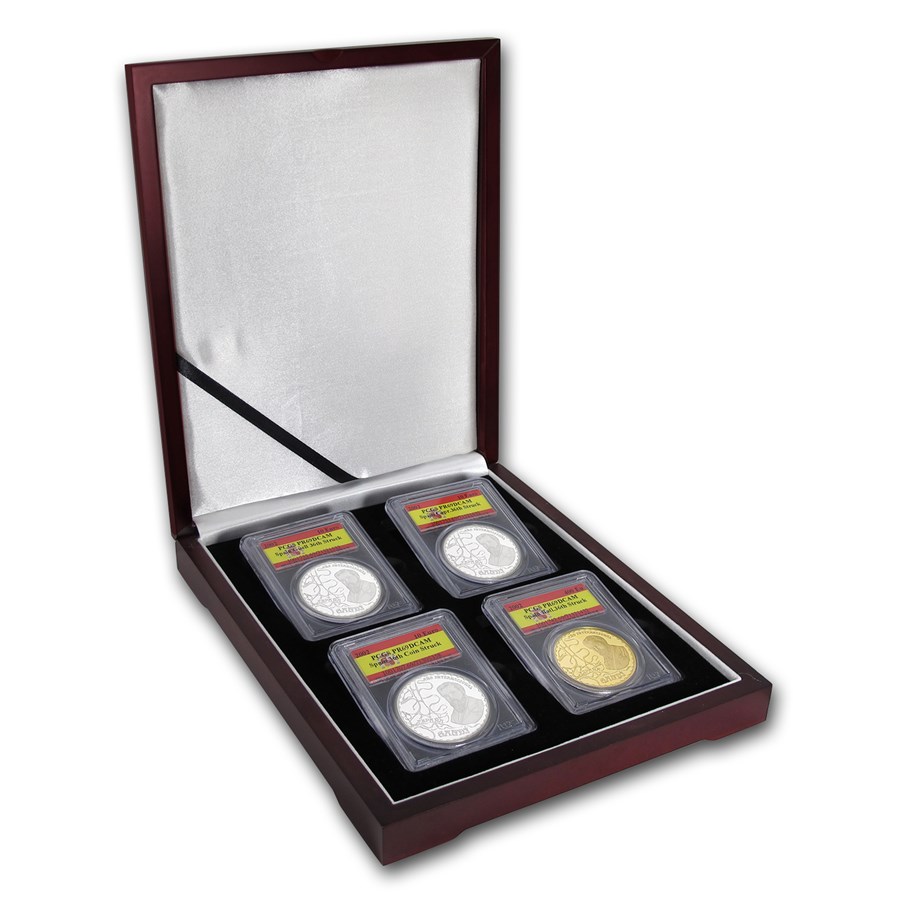 $1,905.79
As Low As
Product Details
Product Details
The Royal Spanish Mint celebrates the 150th anniversary of the birth of Antonio Gaudi with this Gold and Silver Proof Set. These particular coins are the 36th struck!

The 10 Euro Silver Parque Guell shows massive architecture found in Barcelona, known for being one of Gaudi's most colorful and imaginative works.

The 10 Euro Silver El Capricho coin features one of Gaudi's most detailed creations.