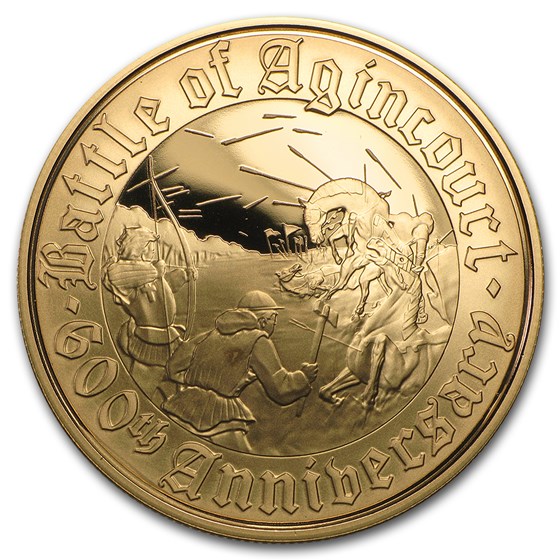 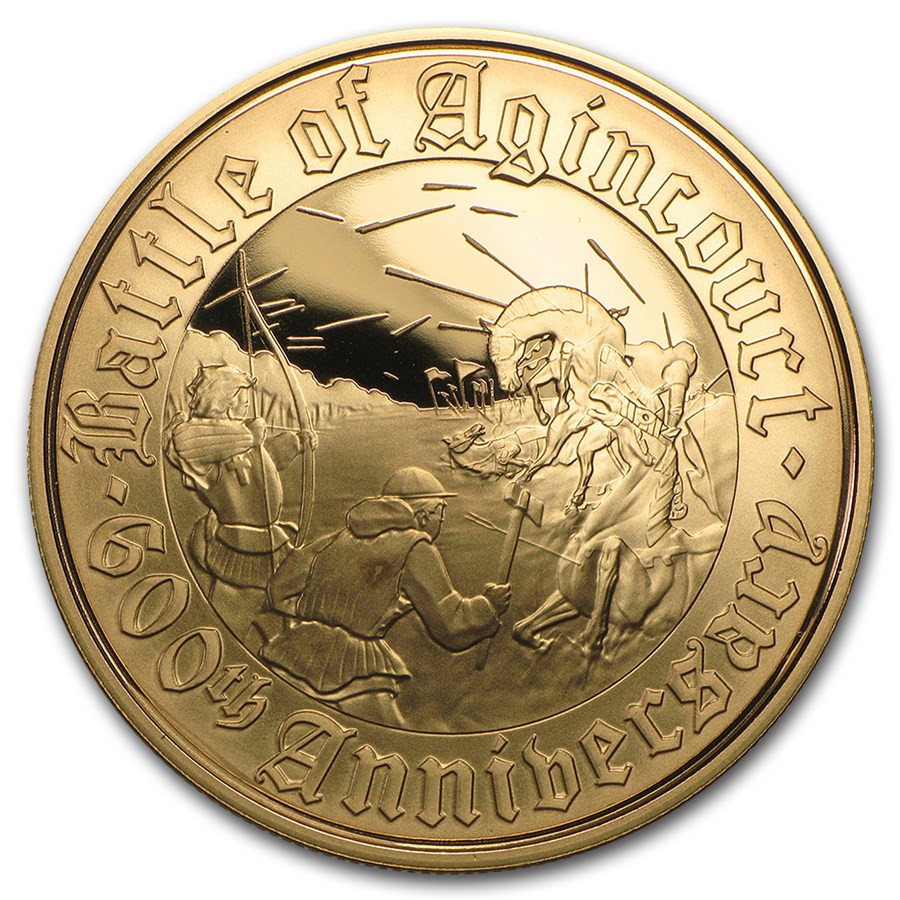 Your purchase will match the quality of the product shown.
Product Details
Product Details
The Royal Mint plays an important role in creating lasting tributes to the events and anniversaries that have shaped history. In 2015, they marked the historic Battle of Agincourt with a £5 coin struck for Alderney.

Glyn Davies, an engraver at The Royal Mint, has created a reverse design that captures the character of the battle, putting the viewer at the heart of the action, among the bowmen that were so pivotal to the victory. While this epic battle is often remembered for these English bowmen, Henry V was also supported by a Welsh contingency, with archers from South Wales fighting alongside their English counterparts. This is just one element of this thrilling story that is explored in the accompanying booklet.
Related Searches