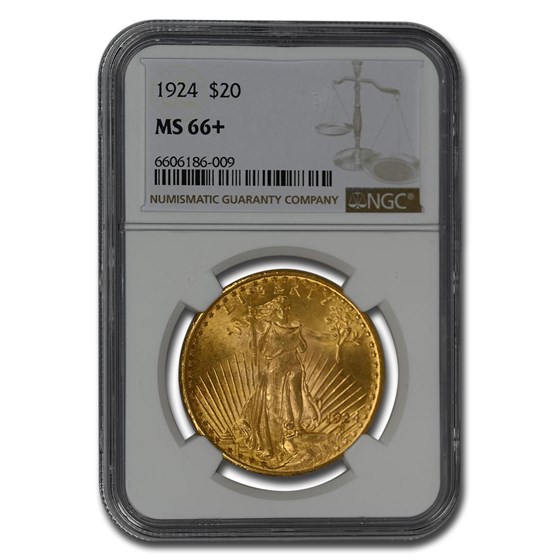 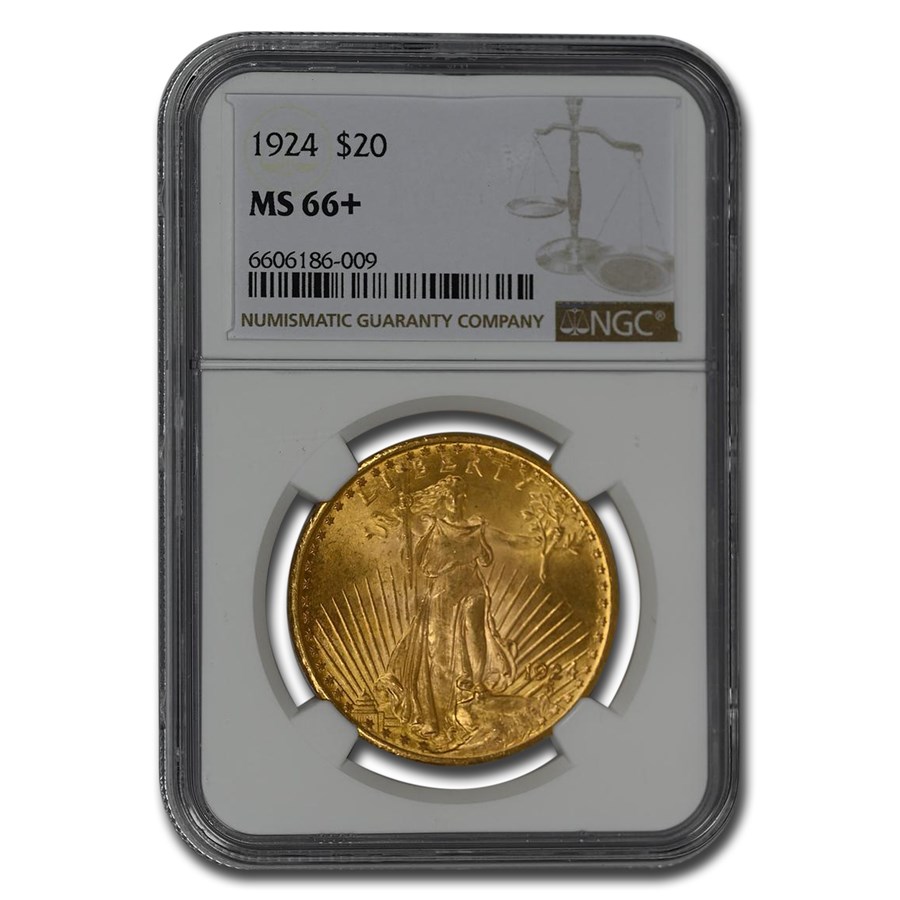 Product Details
Product Details
This 1924 $20 Saint-Gaudens Gold Double Eagle has been graded as MS-66+ by NGC, one of the top two coin grading services. This coin has a population of only 285 coins!


Showcase your certified 1924 Saint-Gaudens Gold Double Eagle certified in MS-66+ condition by adding a presentation box to your order.

Add an iconic design and piece of U.S. Mint history to your collection by adding this 1924 Saint-Gaudens Gold Double Eagle certified MS-66+ by NGC to your cart today!