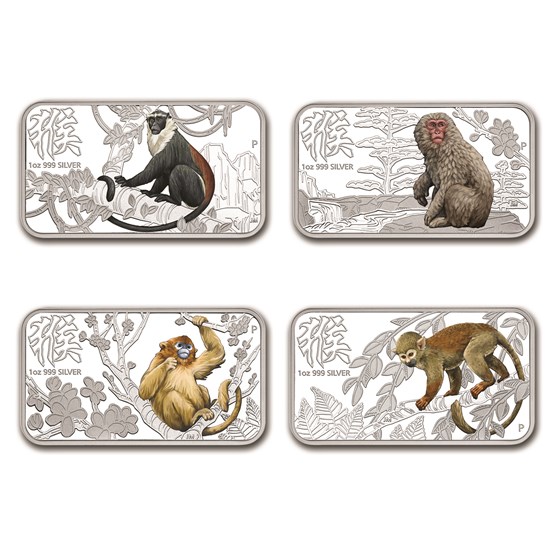 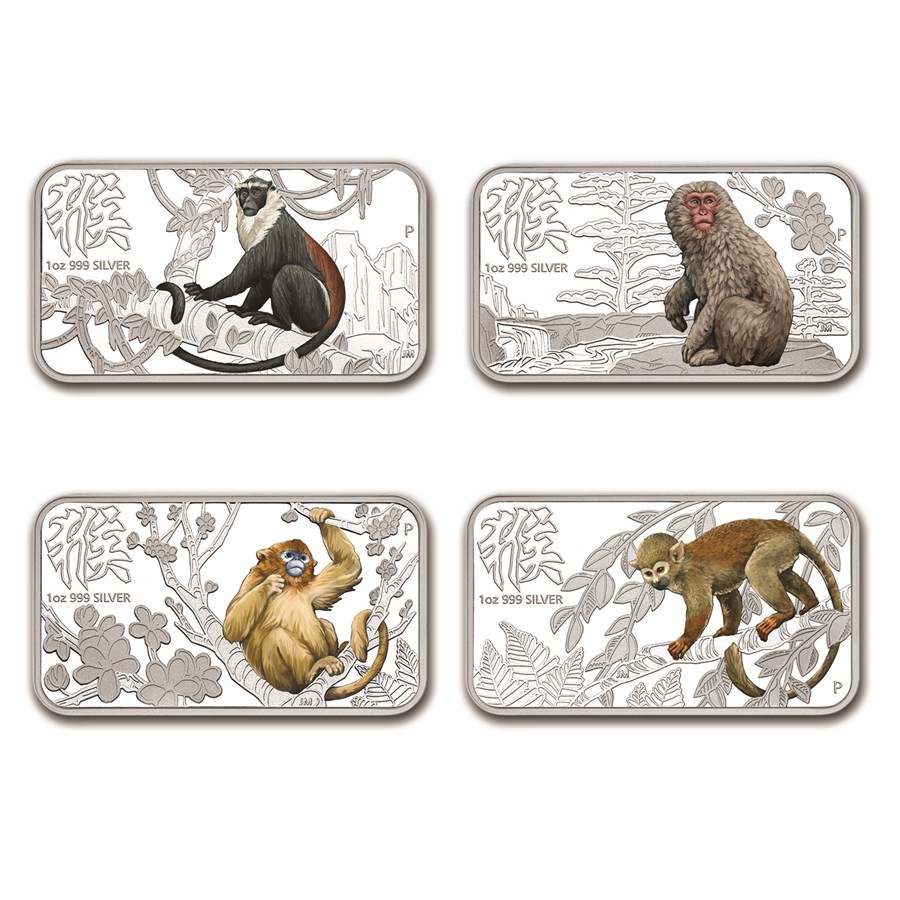 $30.20 $30.70
As Low As
13% Off The Premium
Product Details
Product Details
Celebrating the Year of the Monkey, this rectangular four-coin set is a prestigious and exceptionally limited offering from The Perth Mint.

Set Highlights:
This exceptional limited edition Proof set would be a great addition to any coin collection. Add this beautiful 4-coin set to your cart today!

I am generally like lunar coins and these one has unusual shape, love it