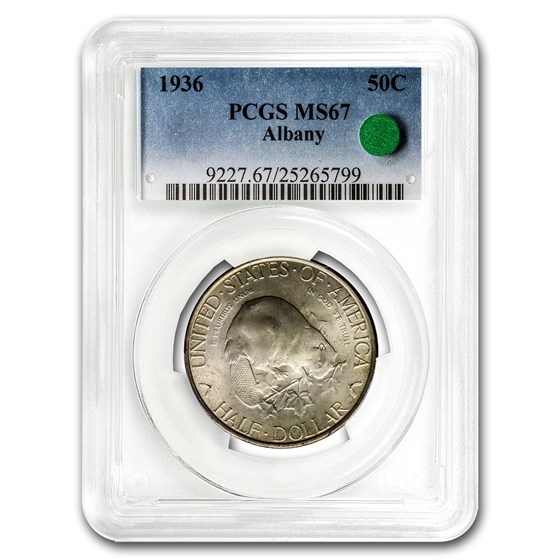 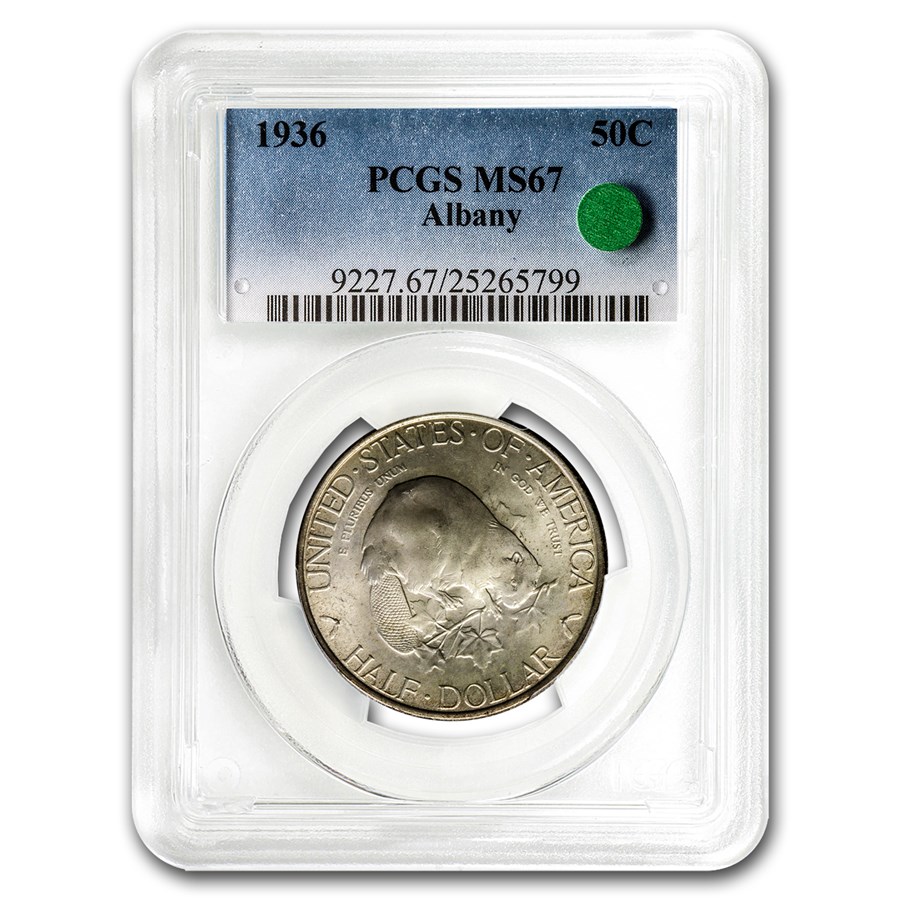 Your purchase will match the quality of the product shown.
Product Details
Product Details
This coin is graded as a Superb Gem MS-67 adding to its collectibility. Only 14 coins graded higher by PCGS.

Coin Highlights:
Protect and display your Albany, New York Half Dollar Silver Commemorative in style by adding an attractive display or gift box to your order.

Add this 1936 Albany, New York Charter Half Dollar coin to your cart today.

The Albany commemorative half dollar was struck to commemorate the 250th anniversary of the granting of a charter to the city of Albany, NY. This coins obverse has long been disputed, though its designer Gertrude K. Lathrop stated that the side with the beaver is the coins obverse. The American Beaver was so common in 17th century Albany, that trapping them for their pelts was the main industry in that area.

The Albany commemorative was minted for local pride and to help fund the local celebrations in 1936 which featured a live beaver, then an endangered species. These coins were originally sold for $2 each. The committee went on to sell these coins for another 7 years refusing to reduce the original issue price. After sales had virtually ceased the remaining unsold coins were then returned to the mint and melted.