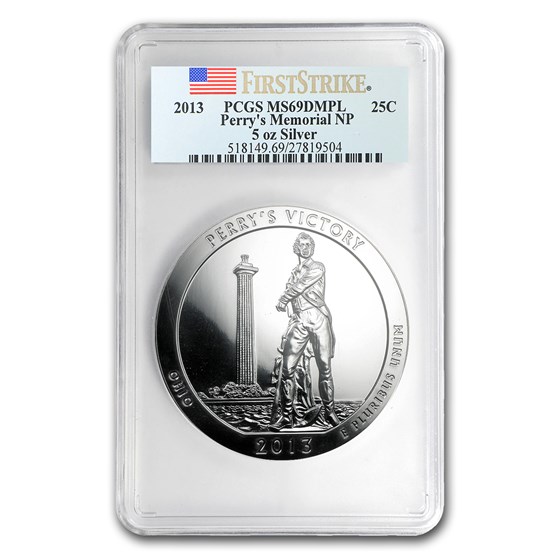 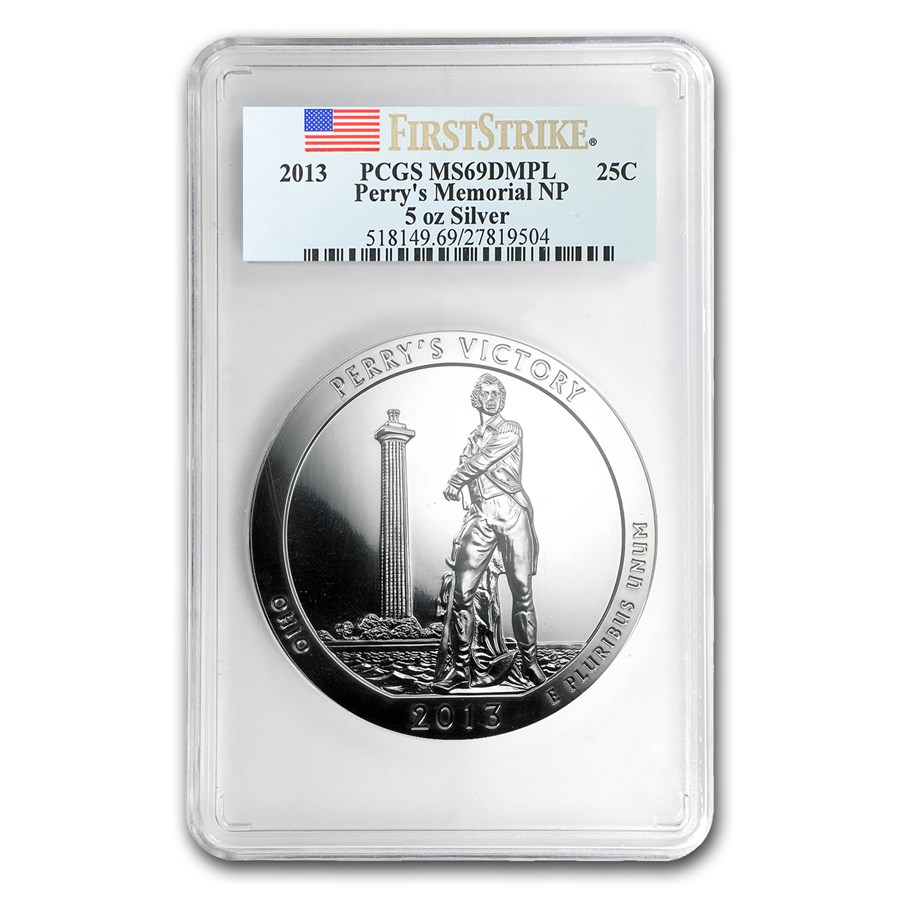 Coin Highlights:
Protect and display your Perry's Victory 5 oz ATB in style by adding an attractive display box to your order.

Perry’s Victory and International Peace Park was established in 1936 in Put-in-Bay, Ohio. The memorial features a 352 foot Doric column, one of the tallest monuments in the United States. Nearly 200,000 people visit this park every year.

The memorial is named after Oliver Hazard Perry. On June 18, 1812, when war was declared on Britain, Perry was assigned a position that he deemed insignificant. Though he was promoted that October, he felt disheartened and continued to plead with the naval hierarchy for reassignment.

Resorting to his last measure, he petitioned his old friend Isaac Chauncey, commander of naval operations in the Great Lakes. Though this was not as prestigious as serving in the high seas, Perry accepted a position and went on to construct the fleet that would prove victorious in the Battle of Lake Erie.

Perry’s flagship, the U.S.S. Lawrence, was so severely damaged that the British commander sent a small boat to request that the American vessel surrender. Perry, faithful to his ship and his country, jumped aboard a small boat with his remaining crew and dodged gunfire for a half mile en route to the USS Niagara.

Once on board, he steered the ship back toward the battle, and the U.S. ships pounded British ships until they surrendered. Perry received their surrender on the reclaimed USS Lawrence.

At the age of 27, Perry earned the title “Hero of Lake Erie.” He received a congressional Gold Medal as well as thanks from Congress. His leadership set up what would become nine successful outcomes and a turning point in the battle for the west and the war itself.