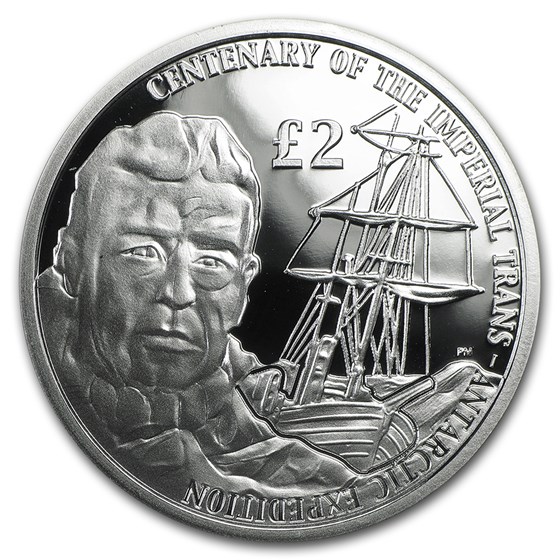 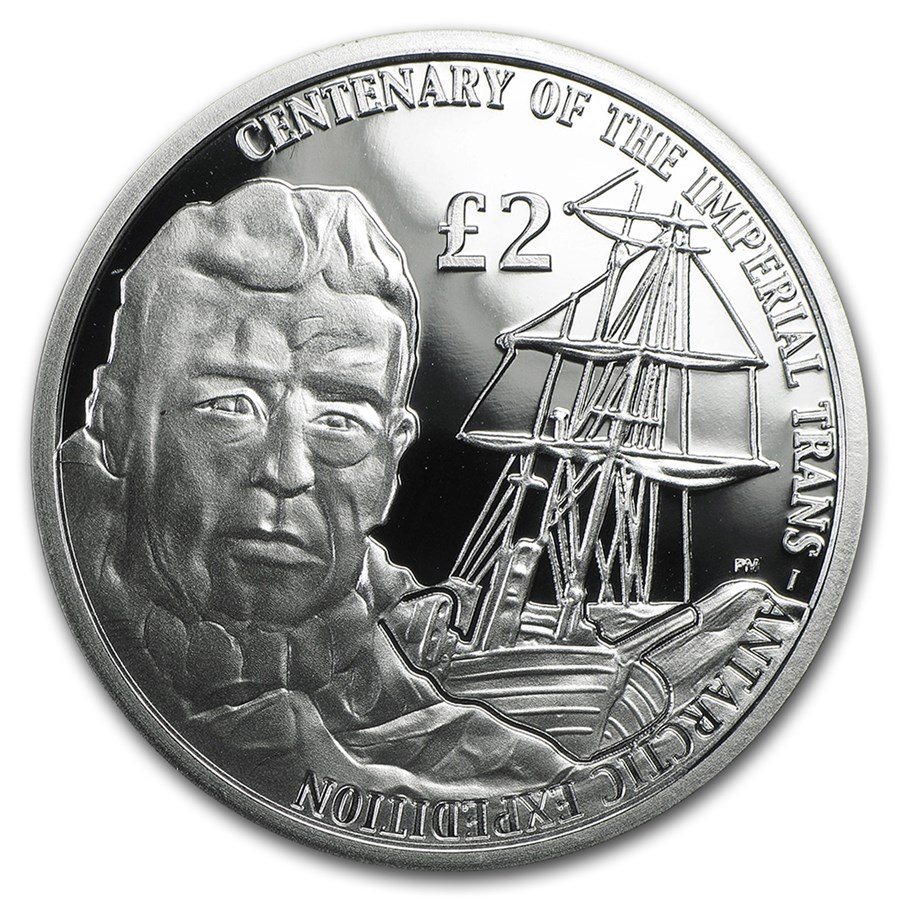 $21.37
As Low As
Product Details
Product Details
Pobjoy Mint is pleased to announce the release of this coin issued on behalf of the British Antarctic Territory which commemorates the Centenary of the Imperial Trans-Antarctic Expedition.

The Expedition set sail in 1914, but Endurance became beset in the ice of the Weddell Sea and, despite all efforts to free it, the ship drifted northward and held in the pack ice throughout the Antarctic winter of 1915.

Eventually the ship was crushed and sank, stranding the crew on the ice. After spending months in makeshift camps, the crew used lifeboats to reach the uninhabited Elephant Island. Shackleton and five other crew members then made an open boat journey of 800 miles to South Georgia from where they were able to mount a rescue of the remaining men and bring them home without loss of life.