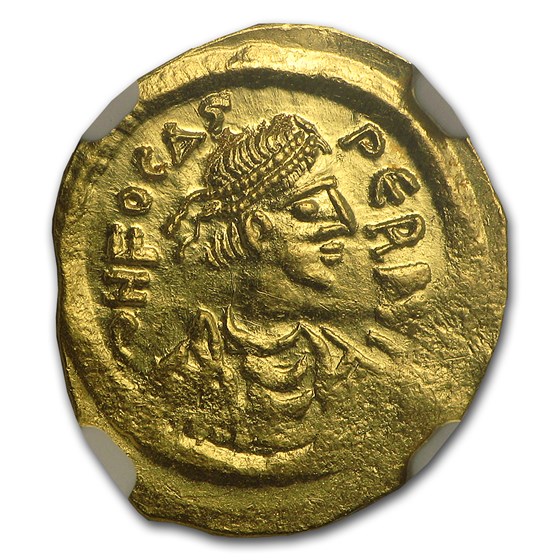 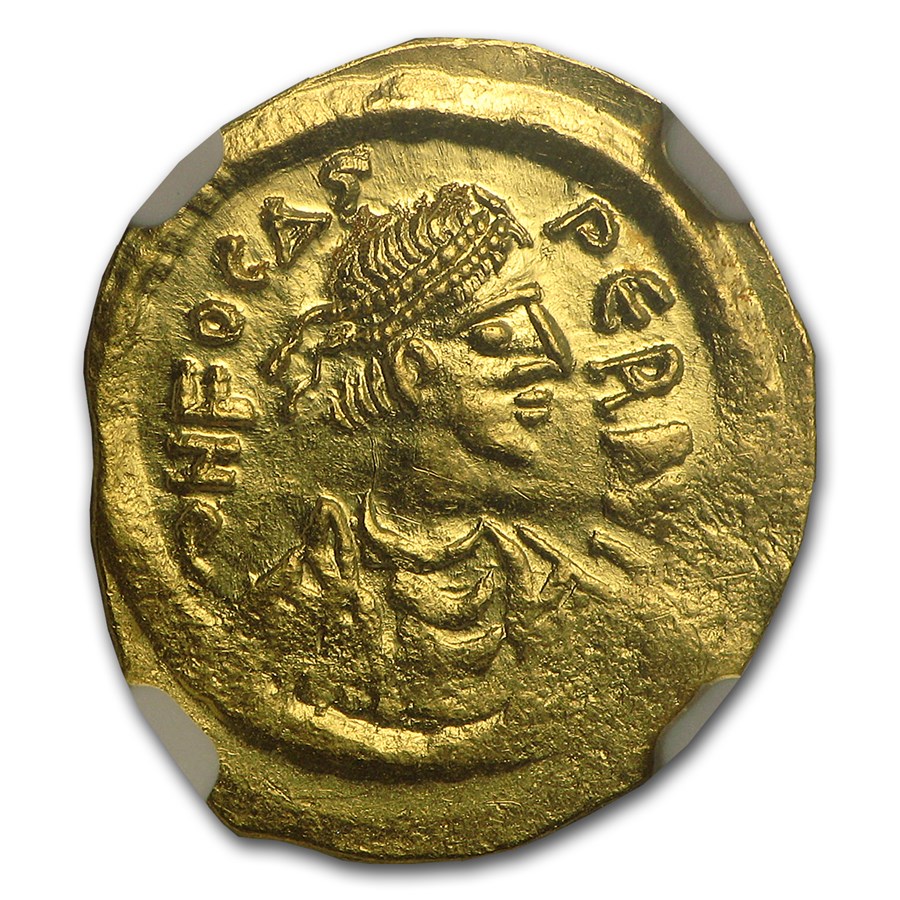 Your purchase is guaranteed to match the quality of the product shown. It will not be this exact item.
Product Details
Product Details
Mint State Byzantine Gold Tremissis that is over 1,400 years old and still in Uncirculated condition.

Coin Highlights:
Protect and display your Emperor Phocas coin in style by adding an attractive display or gift box to your order.

This Gold Tremissis dates from the reign of the Byzantine Emperor Phocas (602 - 610 AD). His reign was marked by violence from the beginning. In 602, after rising through the ranks in the army, Phocas took advantage of the military's displeasure with the Emperor Maurice, and had him killed, thus proclaiming himself as the new emperor. He was popular at first, but his mismanagement of the empire led to him making many enemies. Phocas responded to this by executing thousands in an attempt to spread fear and keep his power. The tyranny had become too much of a strain on the empire, and after only eight years on the throne Phocas himself was executed by is own successor, Heraclius.
Related Searches