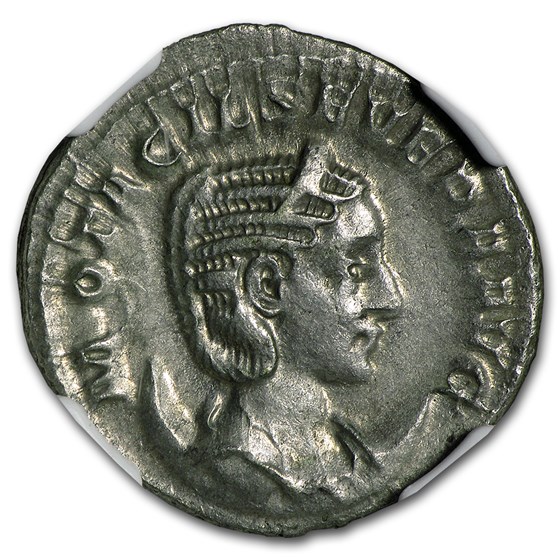 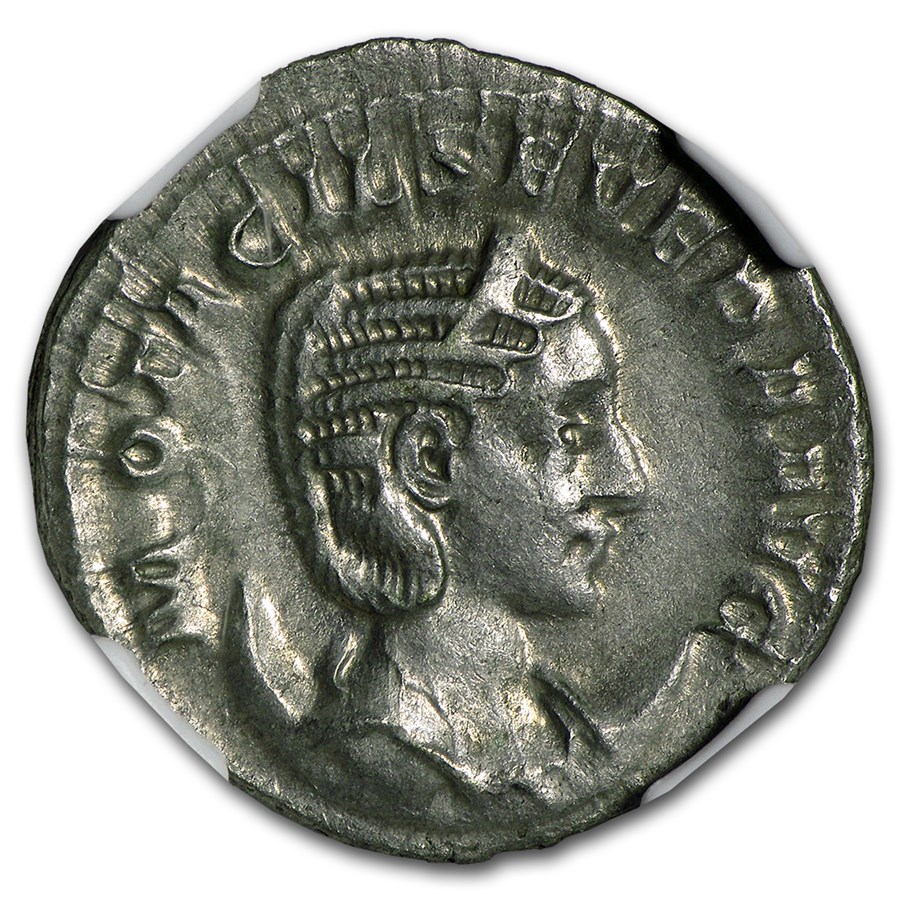 Product Details
Product Details
Empress Otacilia Severa, the wife of the emperor Marcus Julius Philippus or Philip I, he is known as "The Arab". Philip I reigned over the Roman Empire from 244-249. She was a member of the ancient gens Otacilia, of consular and senatorial rank.

Coin Highlights:
Display your Ancient Silver coin in style by adding a presentation box to your order.

Ancient Silver makes a unique addition to any collection. Add this Roman Double Denarius of Otacilia Severa to your cart today!

Severa and Philip are generally considered the first Christian imperial couple, because during their reign the persecutions of Christians had ceased and the couple had become tolerant towards Christianity. It was through her intervention, for instance, that Bishop and Saint Babylas of Antioch was saved from persecution.

In August 249, Philip died in battle in Verona and Decius became the new emperor. Severa was in Rome that time and when the news of her husband’s death arrived, their son was murdered by the Praetorian Guard still in her arms. Severa survived her husband and son and lived later in obscurity.