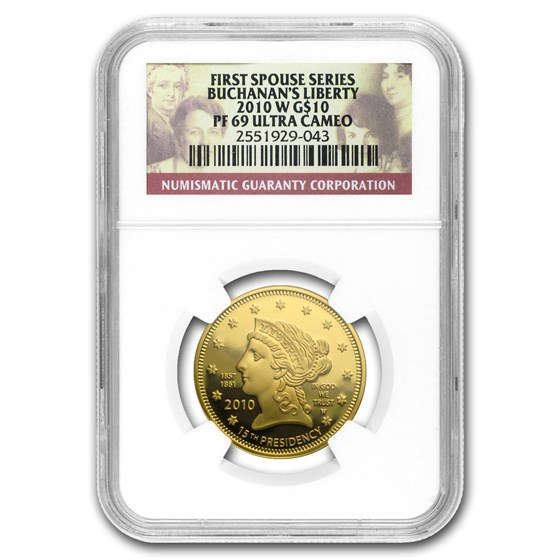 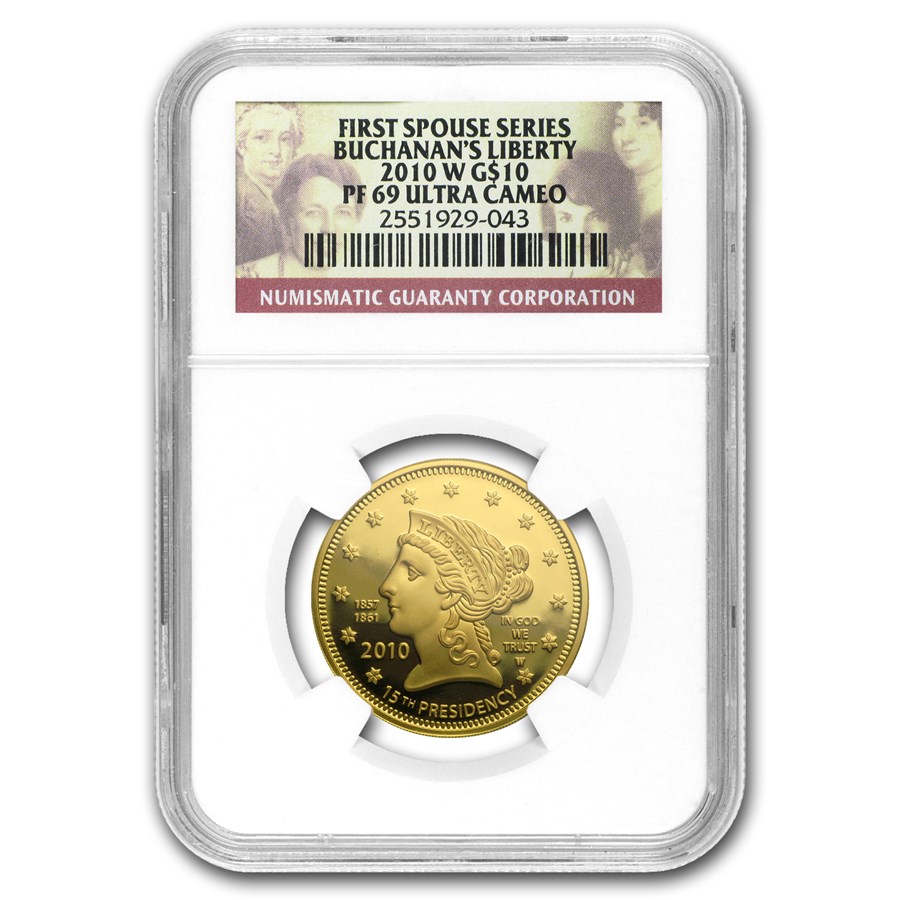 Coin Highlights:
Protect and display your Gold First Spouse coin in style by adding a presentation box to your order.

James Buchanan's First Spouse coin is unusual. Buchanan is the only president to never marry. James Buchanan's Presidency was rife with turmoil. He is known as the President who did nothing to stop the Civil War. Feeling the issue of slavery could be resolved by the U.S. Supreme Court, James allowed Americans to divide themselves. Buchanan denied states the right to secede, but admitted the federal government could not legally stop them. Buchanan then took a "policy of inactivity" and left the largest mess ever seen by the U.S. to his successor, Abraham Lincoln.
Related Searches