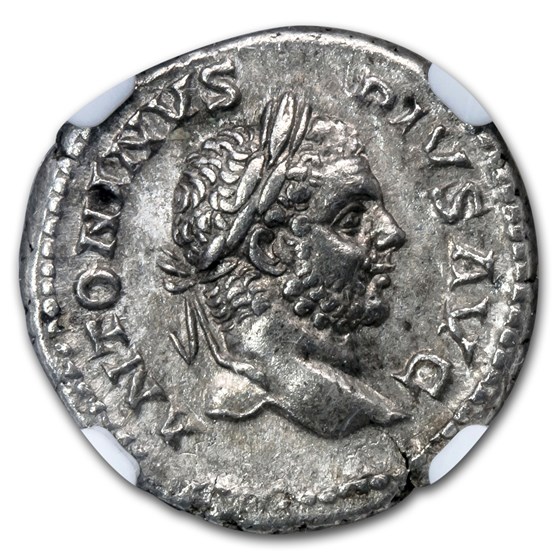 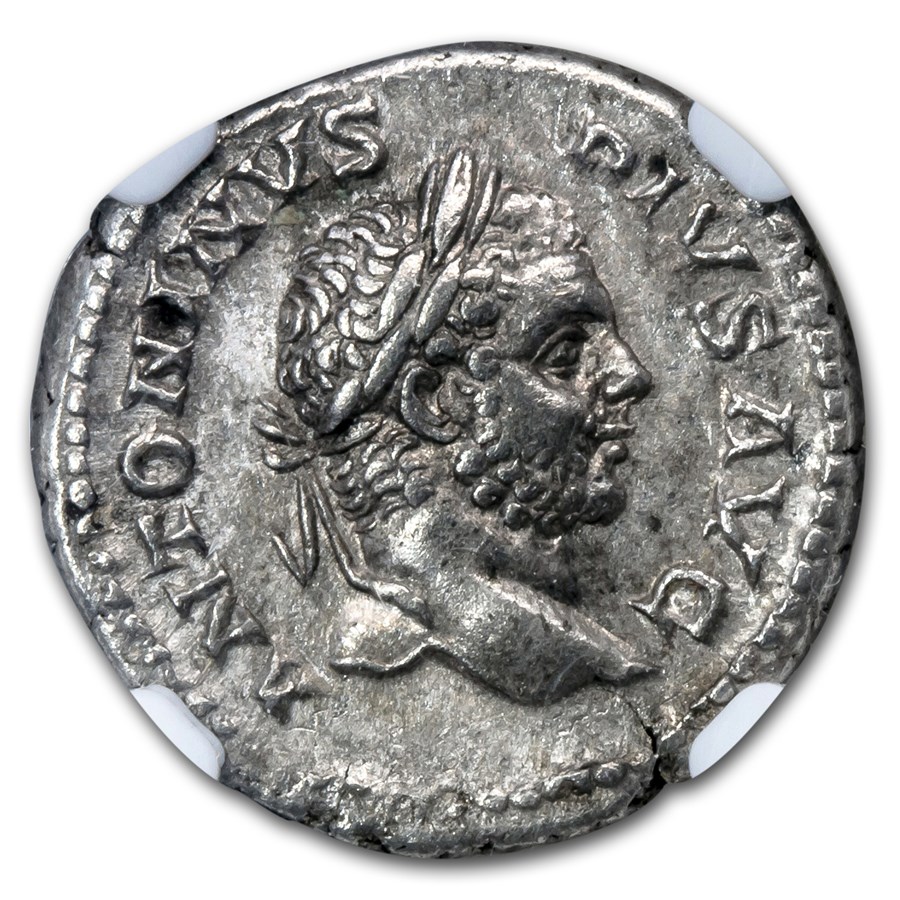 Your purchase will match the quality of the product shown.
Product Details
Product Details
This coin is housed in a beautiful plastic holder with literature attached. An excellent coin and presentation for any collection.

Coin Highlights:
Protect and display your Silver Denarius Emperor Caracalla coin in style by adding an attractive display or gift box to your order.

This Silver Denarius depicts Caracalla as Caesar, who reigned from A.D. 198 to 217. He was the son of Septimius Severus and Julia Domna. In the beginning of his reign, Caracalla ruled jointly with his brother Geta. However, both brothers wanted sole reign and tensions rose.

At the reconciliation meeting their mother arranged, Caracalla had Gets assassinated by soldiers loyal to him. When the people of Alexandria heard about this, they produced a satire mocking him. In 215, Caracalla responded by slaughtering 20,000 of the citizens. He became one of the most notorious and despised emperors of the Roman Empire.

I have always wanted to own an authentic Roman coin. Apmex made it easy and fun.