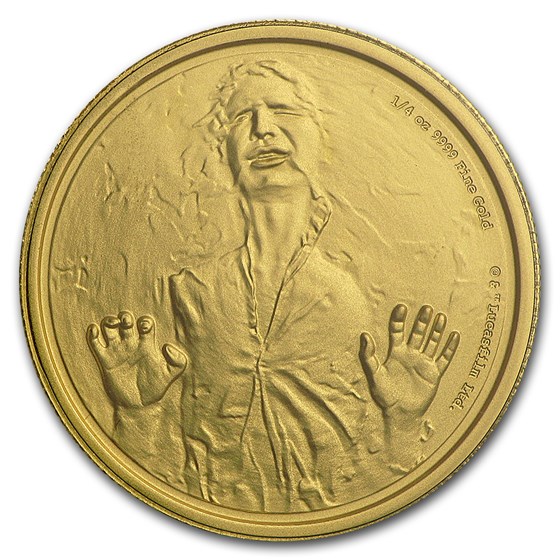 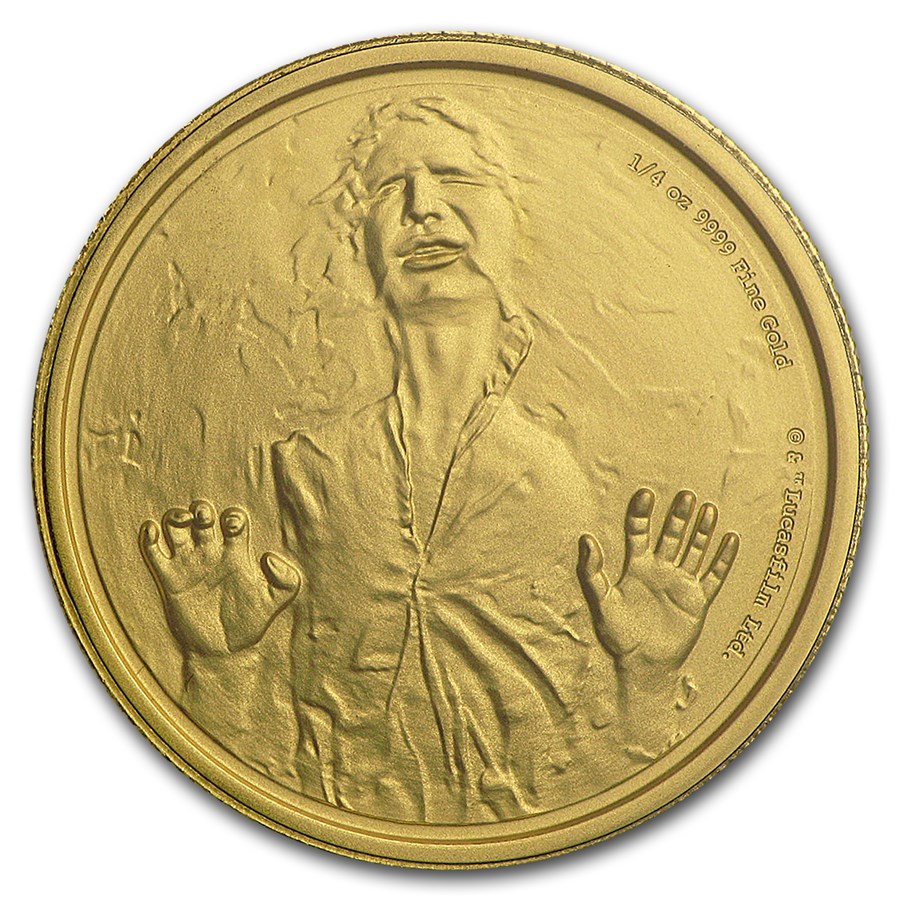 Your purchase is guaranteed to match the quality of the product shown. It will not be this exact item.
Product Details
Product Details
Officially licensed STAR WARS series with a worldwide mintage of 1,000 coins.

Coin Highlights:
This is an ideal gift for Star Wars fans and has a limited mintage of only 1,000 coins. Add this 2016 Niue Proof Gold 1/4 oz Star Wars Han Solo coin to your cart today! And may the Force be with you!

Star Wars Limited Edition Coins:
Star Wars mint coins are a great gift for a young numismatist or Star Wars fan of any age. With “Star Wars: The Force Awakens” comes three new Silver Star Wars coins. These Star Wars Episode 7 coins will include Kylo Ren, Captain Phasma and Rey. These new characters are already set to be fan favorites and will increase in Star Wars coins value due to their limited mintages.
Related Searches

The Spot is Strong with this one....

It's Han-Fricking-Solo in his most memorable role. Now that his kid ventilated him, the coin has nowhere to go but up...