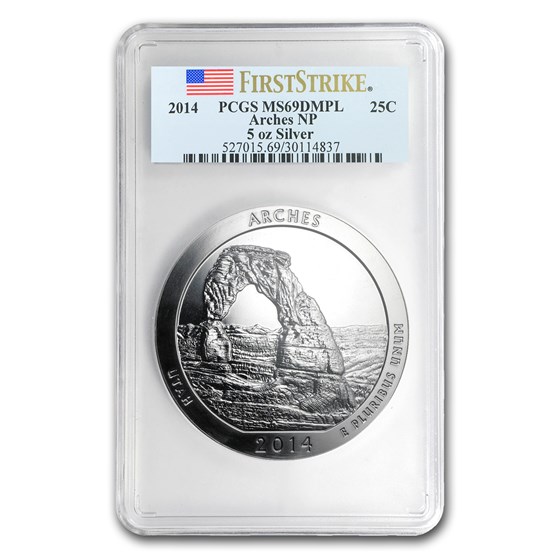 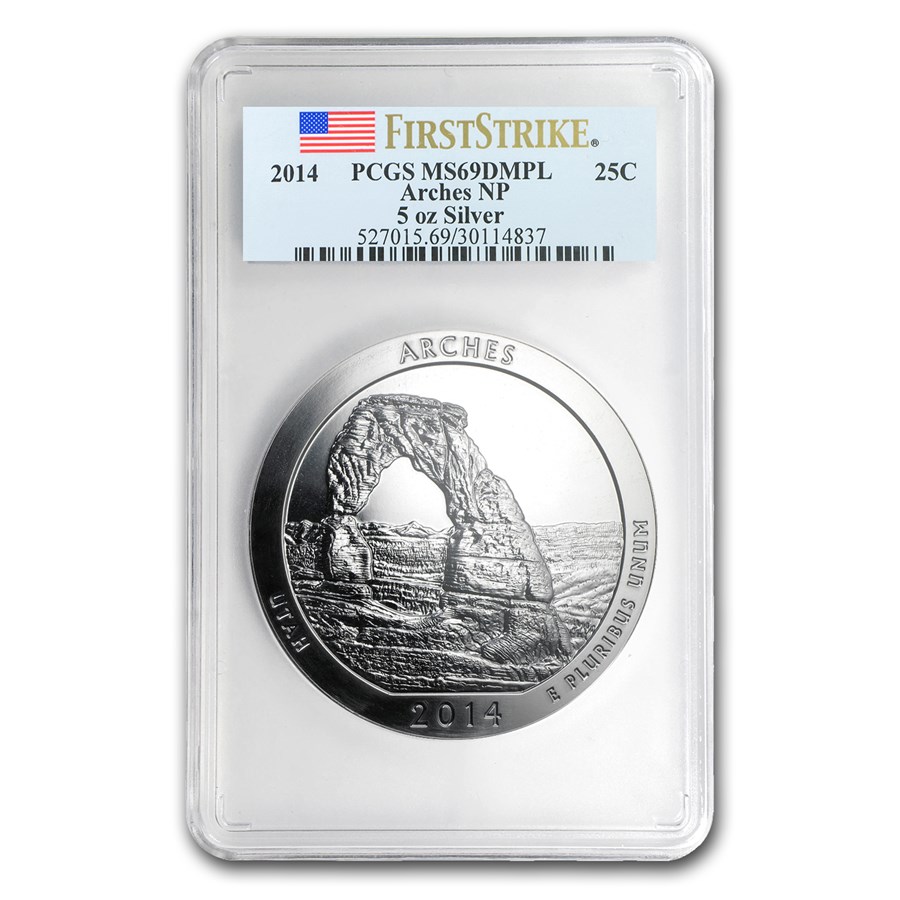 Coin Highlights:
Protect and display your Great Smoky Mountain 5 oz ATB in style by adding an attractive display box to your order.

The Arches National Park, located in eastern Utah is located on the Colorado River and is known for its preservation of over 2000 natural stone arches. However, it is best known for the Delicate Arch, arguably the most famous arch in the world. Delicate Arch is what is featured on this coin. Though climbing on named Arches within the park has long been prohibited, climbing on other structures of the park is permissible but regulated.

Historically, it has been researched and believed that humans have inhabited the lands since the last ice age. Currently, there is an abundance of wildlife and plant life that inhabit the land which have adapted to survive the extreme heat and cold with very little rainfall. As with the Great Smoky Mountains finding its way into pop culture, parts of Arches National Park were used as locations to film the 1989 film “Indiana Jones and the Last Crusade.”